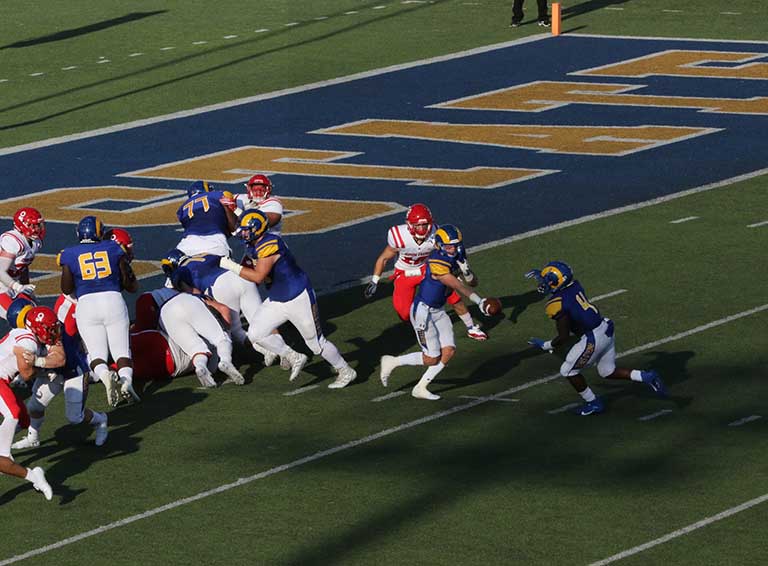 The Simon Fraser Clan traveled by plane to San Angelo from Vancouver, Canada a distance of 1,421 to get here for Saturday's 6 p.m. kick-off from LeGrand Stadium at 1st Community Credit Union Stadium.

The Clan was either still experiencing jetlag or facing an opponent like the Rams that was too superior. Because after ASU quickly scored 21 points in the first quarter, the route was on. 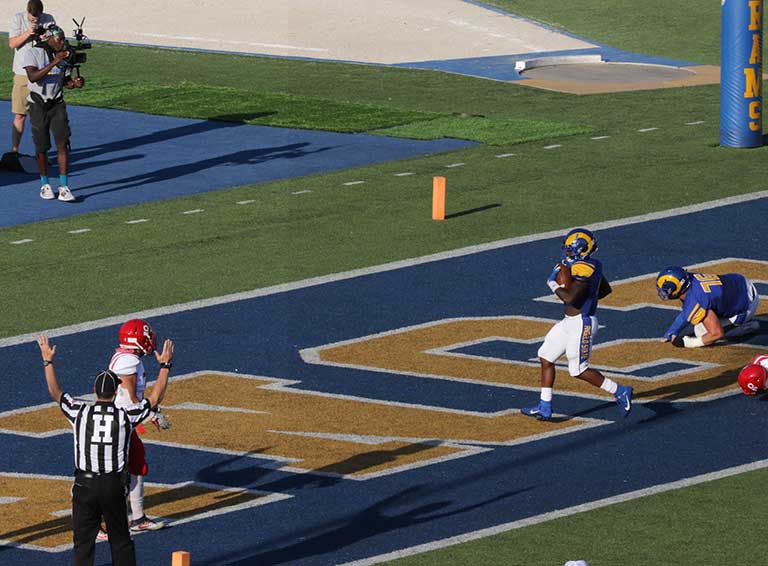 Late in the second quarter, Lloyd Howard III rushed 49 yards to the end zone to increase the ASU lead, 37-0.
In the final 20 seconds of the second quarter, Dagen Dunham recovered a fumble and ran the length of the field for a touchdown to put the Blue and Gold up, 51-0, at the half. 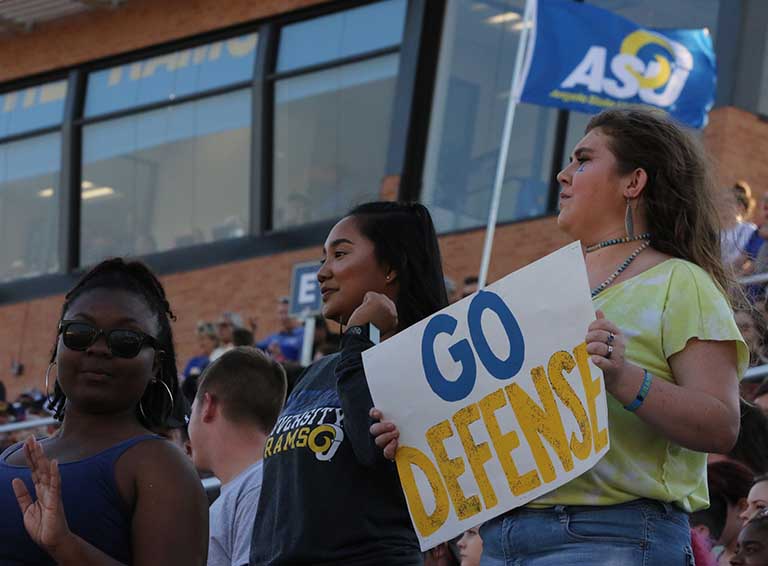 Simon Fraser ended the shut out in the final 1:31 of the third quarter off a 19-yard pass to trail 54-7.
In the fourth quarter on a third down and four yards to go, Charlie Rotherham found Austin Robinson down field for a 37-yard play to get the first down and put the Rams on the goal line to have the opportunity to score once more.
The next play, Daven Manning rushed for 3 yards to increase the score, 61-7, before ASU claimed the victory, 68-7.
ASU maintained 35 minutes of possession in the game. 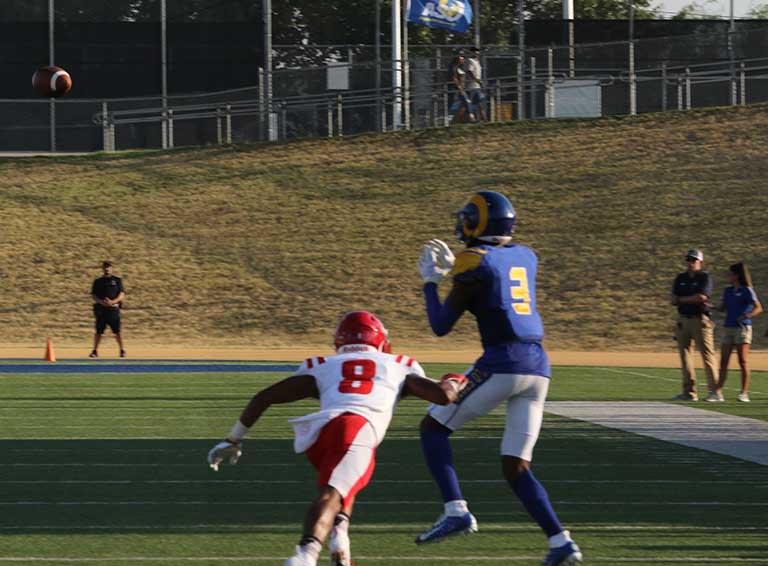 Key Players:
Payne Sullins threw 17-for-25, totaling 196 yards and two touchdowns.
Rotherham saw some action, going 9-for-14 with 115 yards.
Keke Chism registered four catches for 63 yards with one touchdown, while Lawson Ayo was right behind with four catches and 42 yards.
Lloyd Howard totaled 13 rushes for 136 yards and two touchdowns.
The defense registered five sacks, two interceptions and one touchdown by Dunham on a fumble recovery.

Angelo State opens conference action, as it heads to Texas A&M – Kingsville on Saturday, September 21. Kickoff is slated for 7 p.m.