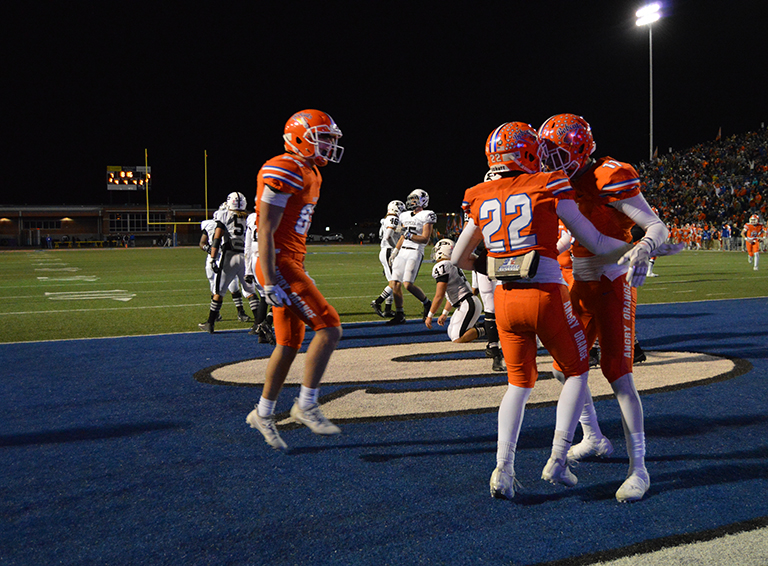 SAN ANGELO – In a district 2-6A showdown, played out at San Angelo Stadium Friday night between two unbeatens, one became a serious contender while the other one turned out to be a pretender. 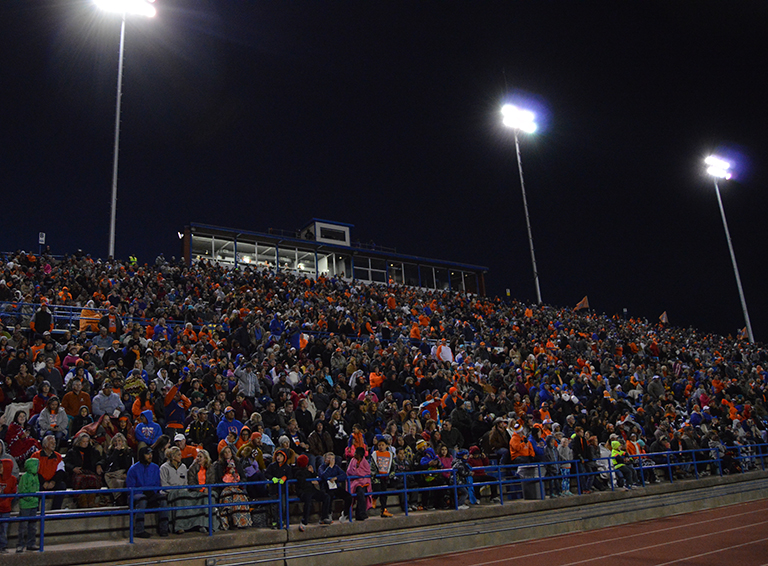 When the Bobcats defanged the Panthers, 31-20, Central stepped forward as a serious contender of a team which now leads the district at 4-0, 8-0 overall.
Meanwhile, Odessa Permian turned into a pretender as the loss dropped them to 3-1 in district, 6-1 overall. 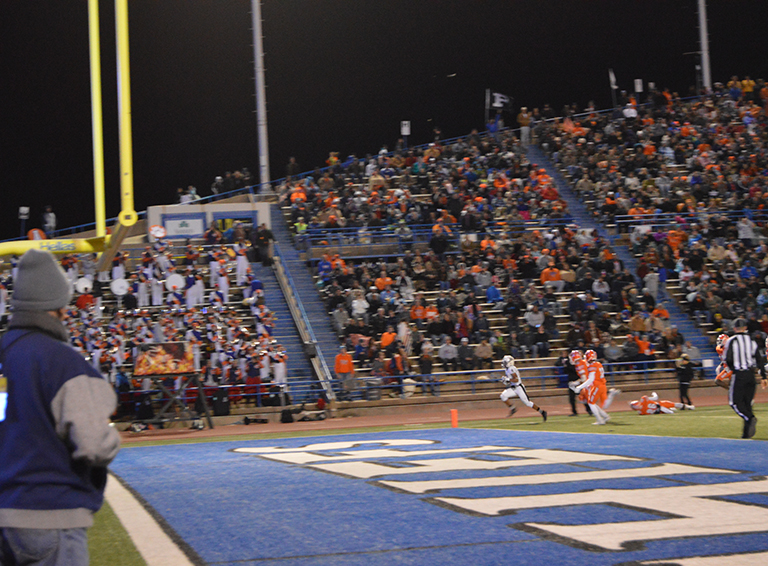 Panthers' Running back, Justin Hammond, scores the first touchdown of the game to make it Permian 7, Bobcats, 0. 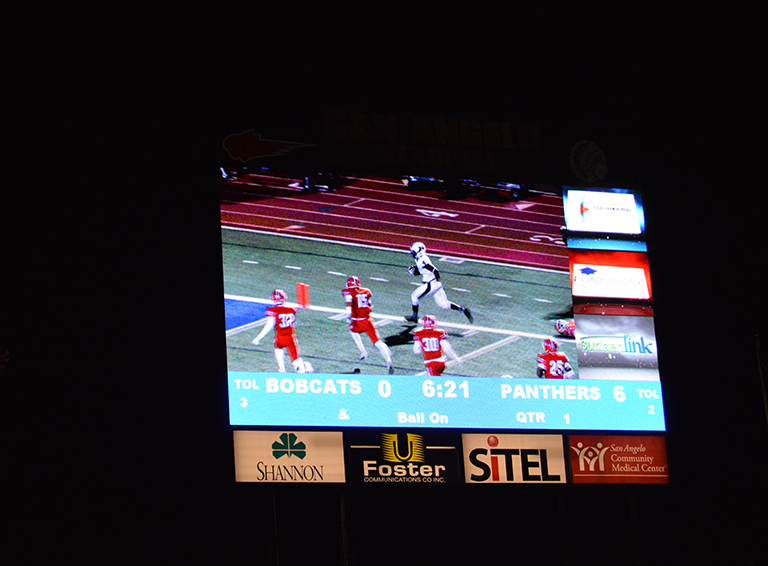 On the Panthers' opening series, Odessa Permian took the opening kick-off and marshalled down field, picking up four first downs. Running back, Justin Hammond, ran for a 21-yard touchdown run to cap off the scoring to make it Panthers 7, 'Cats 0 with 6:21 left in the first quarter.

As for Central’s first series, the ‘Cats went three-and-out. The game plan going in was for Permian’s offense to keep Central’s explosive, offense on the sidelines. However, Panthers’ head coach, Blake Feldt, and his team were facing an uphill battle and a two-edged sword. First, entering Friday night’s game, Permian had lost four straight games to Central which coincided with Coach Brent Davis’ ‘Cats four straight district titles. And second, Central’s “Angry Orange” defense led the way early in the game while the offense tried to get untracked.

After Permian scored early and easily on their first series, the Panthers were manhandled by a suffocating defense which rose up and turned back their Veer, triple-option, spread offense on three separate occasions.
Odessa Permian didn’t score again until their field goal kicker, Carson Roberts made a 37-yarder in the third quarter with 8:32 left. After the PAT, it was Permian 10, Cats 21. 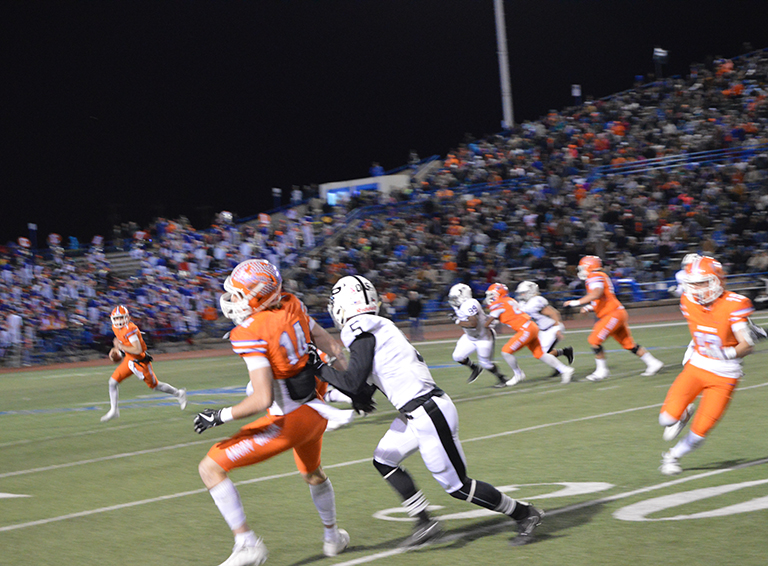 'Cats quarterback, McIvor is flushed out the pocket, spots his receiver, Teeter, who is on the same page and turns up-field to give McIvor an open target to throw to. 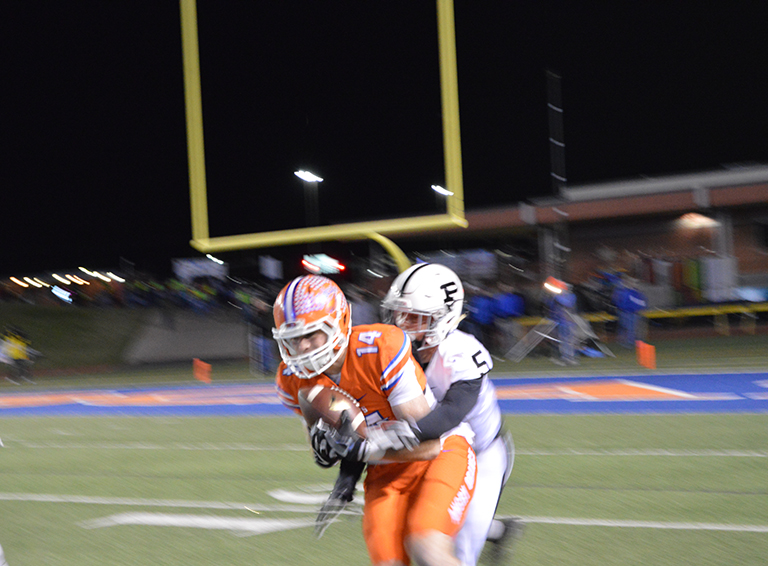 Before that though, during the first quarter on the way to their first score, Bobcats’' quarterback, Maverick McIvor and the offense finally get in gear, moving the ball downfield. However, on a critical down, McIvor is forced out of the pocket. CHS receiver, Henry Teeter, seeing his quarterback is in trouble cuts off his route, turns up-field and gets behind Panthers' cornerback, Christian Tschauner. Teeter’s tough catch keeps Central's series drive alive. 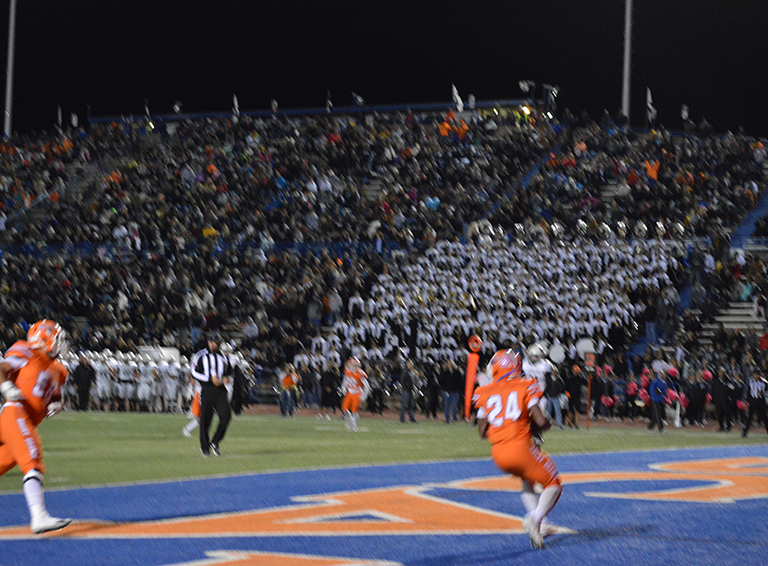 Teeter's key catch allowed the Cats to score when running back, De'Marcus Cobb finishes off the drive with an 8-yard run to tie the game at 7-7 with 1:07 left in the first quarter. 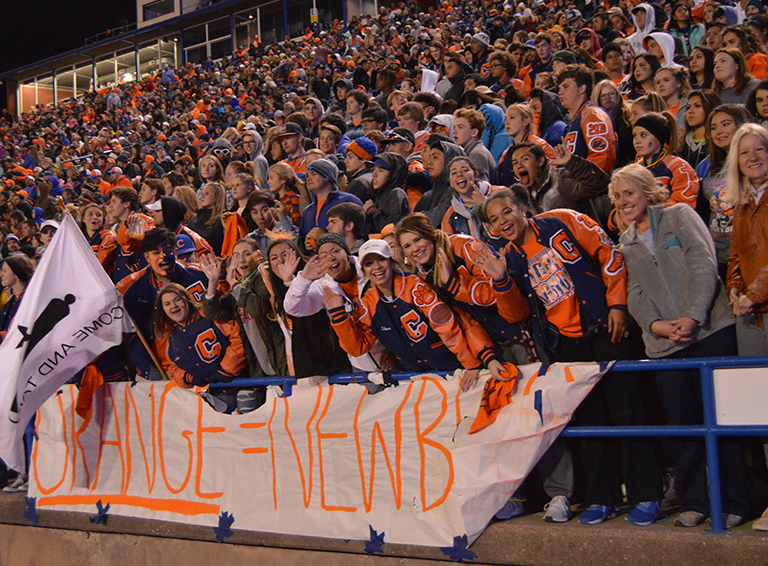 The Bobcats 12th man, the Central High student body, brought their A-game as they cheered on their Angry Orange from the opening kick-off until the end of the game. 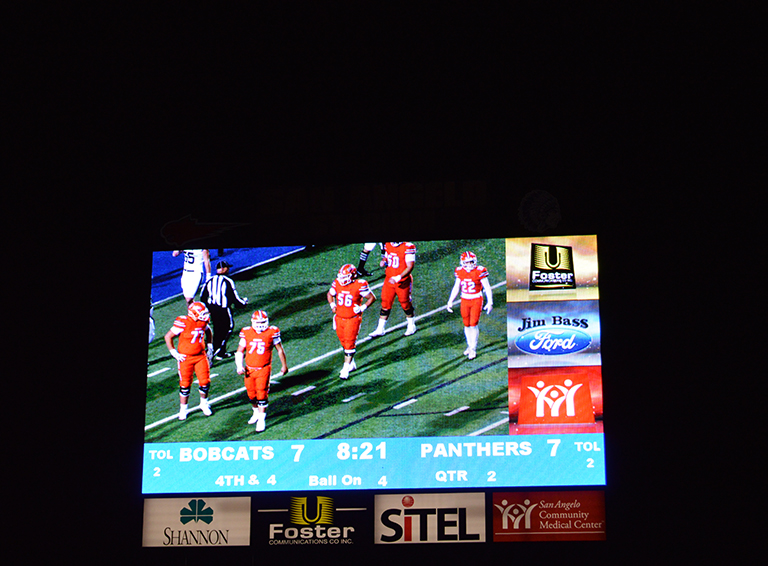 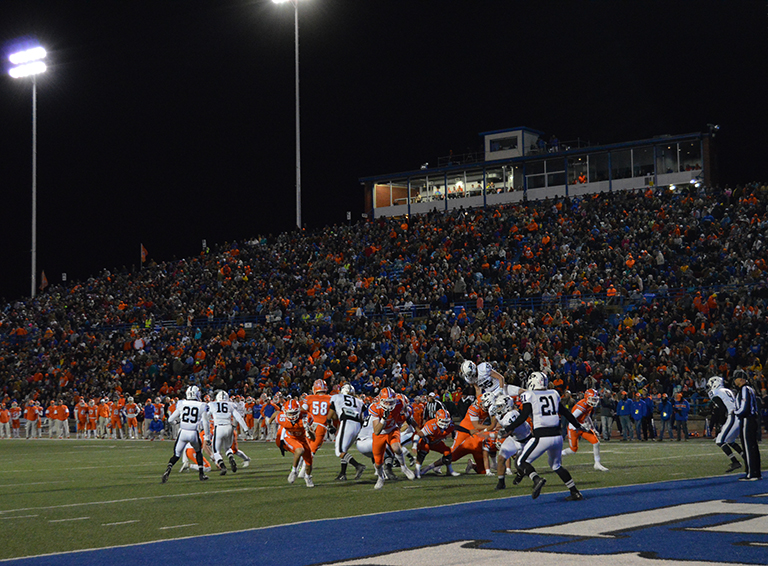 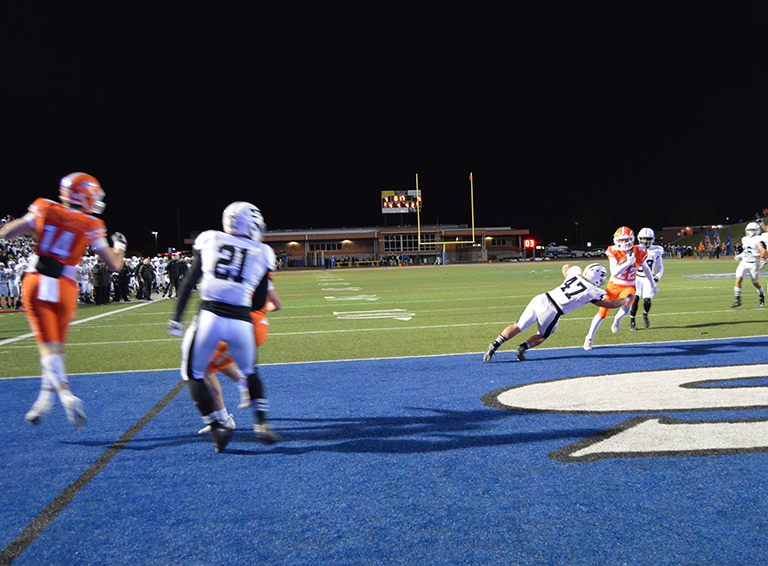 Another key turning point in the game came in the second quarter. With a fourth and four at their four-yard line, Central lines up for a field goal attempt. Coach Davis’ decides to go for it as his team fakes the field goal when Jaden Coates, who is lined up on the left side of the line, comes around as CHS holder, Philip Upton, gives the ball up to Coates who takes it in to give the Bobcats the lead. After the PAT, it is Central 14, Odessa Permian 7 with 8:21 left before the half.
At the start of the third quarter, on the kick-off, Coates who turned the tide with his touchdown in that second quarter, is the triggerman who seals the deal with his 89-yard touchdown return to make it Central 21, Odessa Permian 7.
The Bobcats tack on 10 more points to the Panthers’ 13 as the scoreboard shows the final as 31-20, Central.

Coach Davis’ Cats have an opportunity to finish their last two games unbeaten and, shoot for a fifth consecutive district title. But first Central goes on the road to play the Midland High Bulldogs at 7:30 p.m. next Friday, November 3. Then finish up the season at home against Amarillo Tascosa.