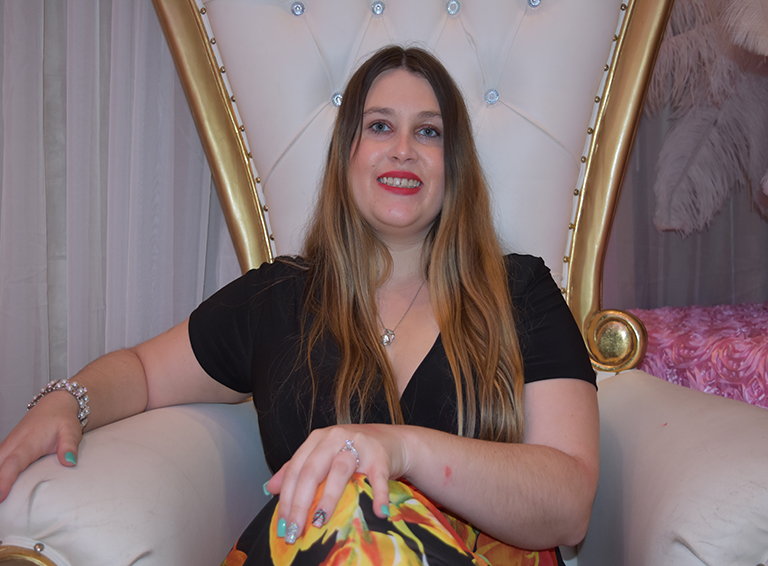 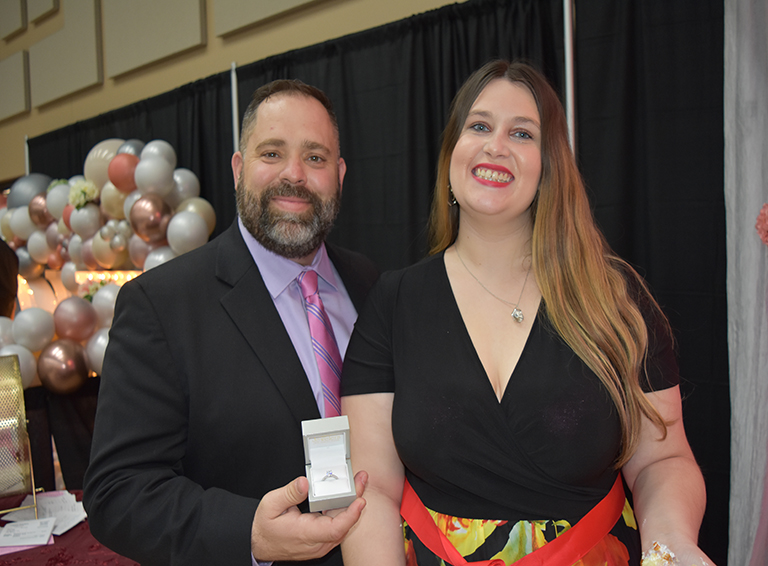 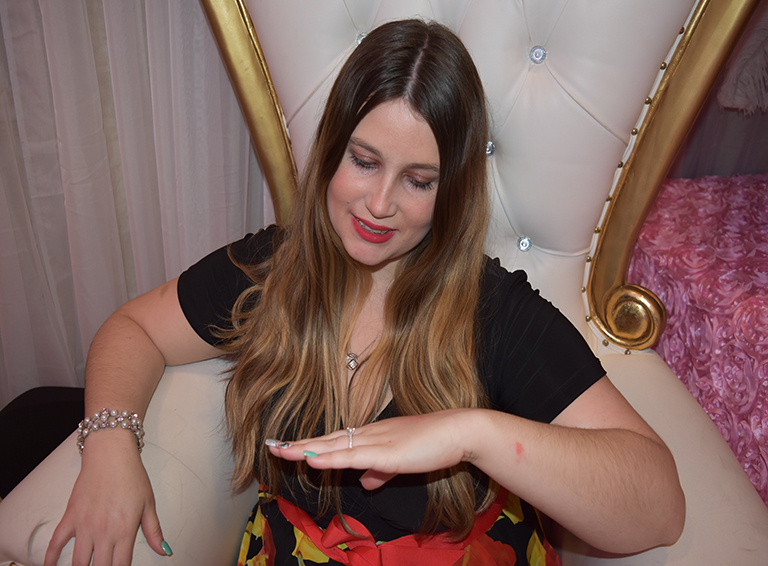 SAN ANGELO – “If all the kings had their queens on the throne, we would pop champagne and raise a toast,” Kings & Queens, lyrics by Ava Max.
Ava’s lyrics perfectly fit one future bride, Miss Kimberly Bradford. Bradford didn’t literally “sit on a throne and pop champagne.” Yet in a figurative sense, she kind of got to sit on the throne like a queen. You see Kimberly’s queen status was attributed to her being this year’s 29th annual, 2021 West Texas Bridal Showcase winner of a $2,500 ring from Legend Jewelers. 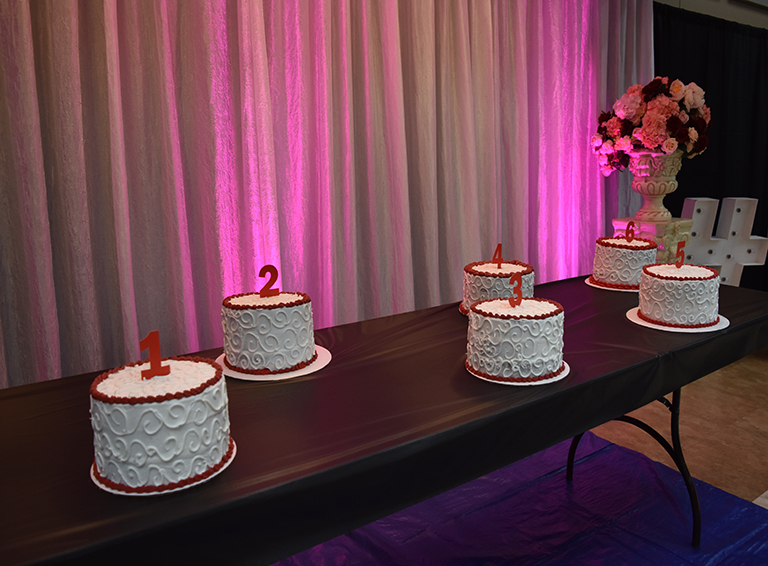 Kimberly and six other bridal contestants were each given their own mini-cake, rather than the customary large, tier-layered cake to try and dig out a diamond-like shaped “fake” ring. Whoever, in this case, it was Kimberly who found it, turned it over to James Pettit, owner of the West Texas Bridal Showcase, and was declared the winner. Kimberly was then presented with the real one, a close to 1-carat diamond ring.
Bradford’s one simple statement said it all. “I’m so excited, I can’t believe I won!” 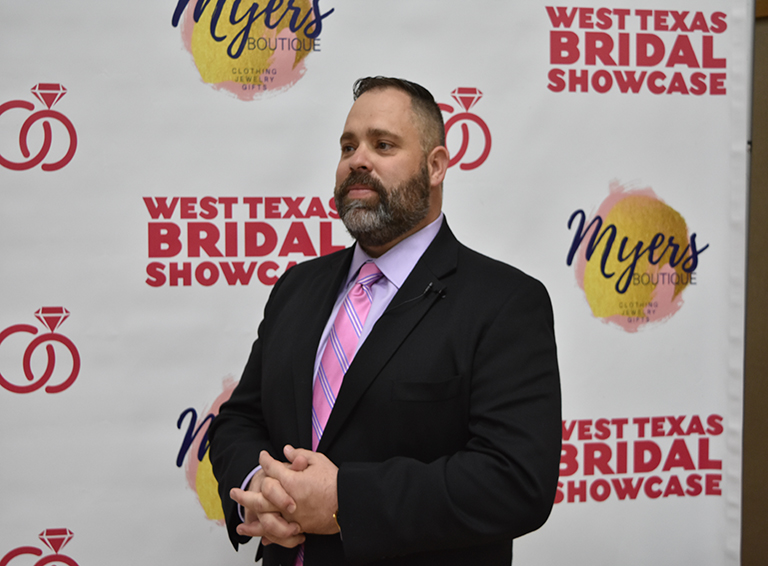 Pettit faced one of the most challenging experiences in his professional business as he continually had to “adapt, adapt, adapt” to vendors coming on board, then changing their minds. Other factors were the City’s cap limit to attendees which was set at about 750. And then the WTBS was moved to February 28, 2021, rather than its customary slot in January. 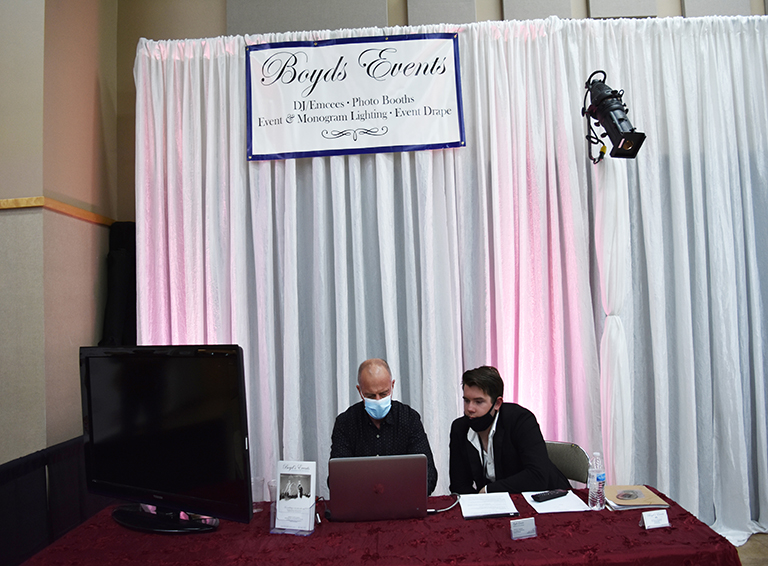 Pettit made it all work out though as 50 vendors made a commitment to stay with him. Several of them interviewed by Flaco Guapo Media stated two-fold why it was important to be at this prestigious Bridal Showcase.
Mr. Reed Boyd, owner of Boyd’s Events, from Midland, Texas has attended WTBS for four consecutive years. Boyd said it was important to be here to show support for his friend, Pettit. Second, his business and others needed to get back to the business at hand which was good for the economy. 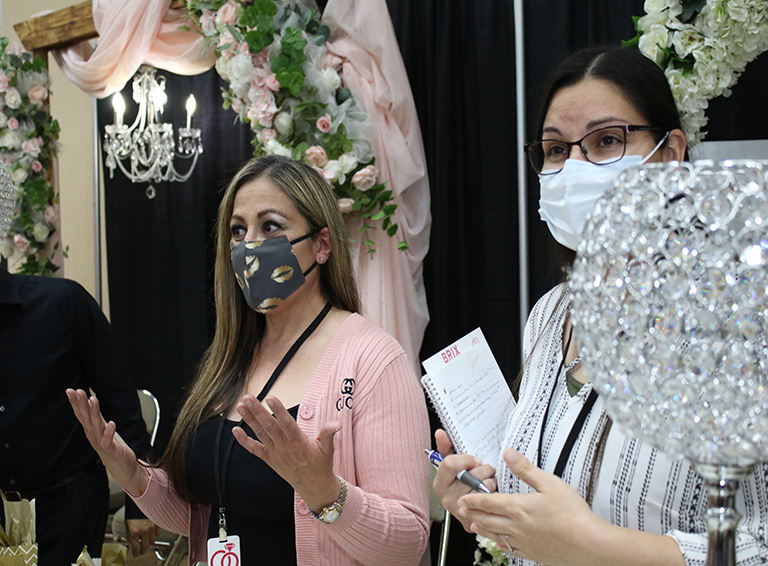 Cynthia Diego, owner of Besos Events launched her business a year ago on January 1, 2020. Besos, in English, means kisses. Diego is all about showing love combined with professionalism toward her clientele. “Kiss is an expression of love,” said Diego. This was Cynthia’s second year at WTBS. A year later business has been so good that she expanded the business to include party rentals. And, Diego has two venues, one of which seats approximately 100 people. 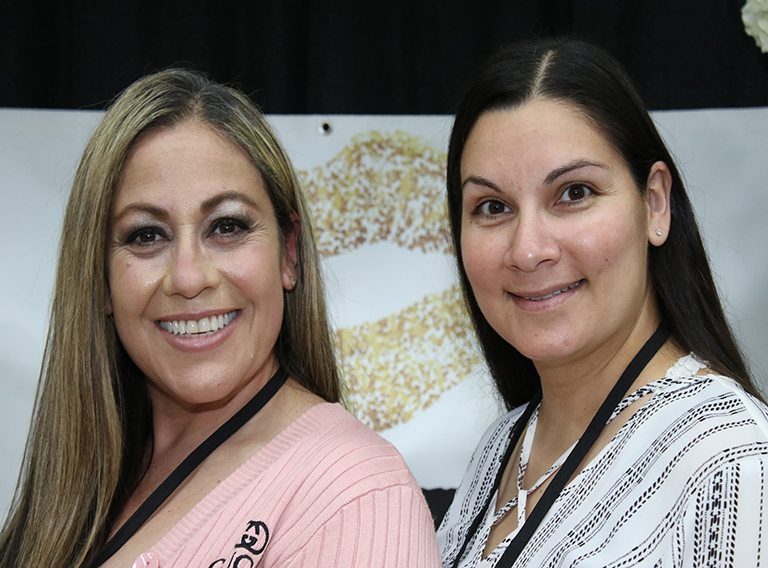 Besos plans weddings, quinceñeras, anniversaries, etc. Diego wanted to be at the Showcase because in her words. “Even though we have all gone through a lot because of COVID, we need to push ahead and bring life back into our community.” I too wanted to show support for my friend, James.” 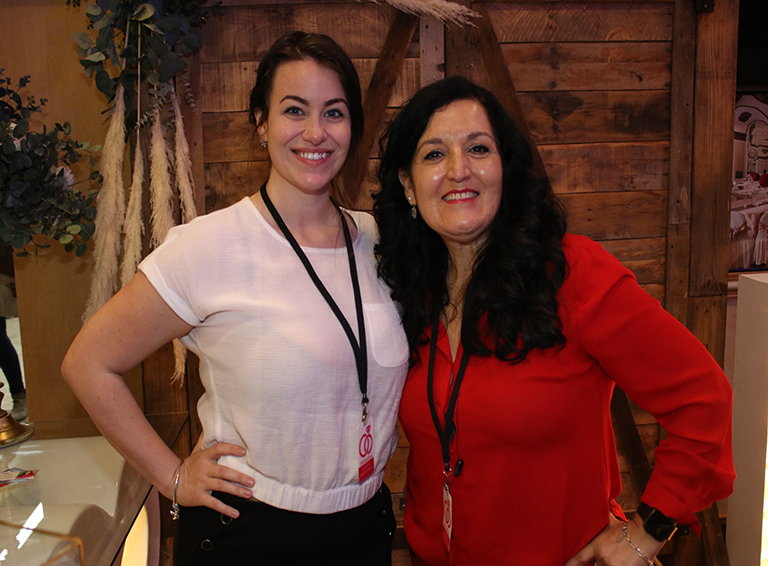 The Bridal Showcase held at the McNease Convention Center from 1 p.m.- 4 p.m. was sponsored by Myers Boutique.