Capuchina and Caraway: Singer, Guitarist Appreciative of One Another’s Talent 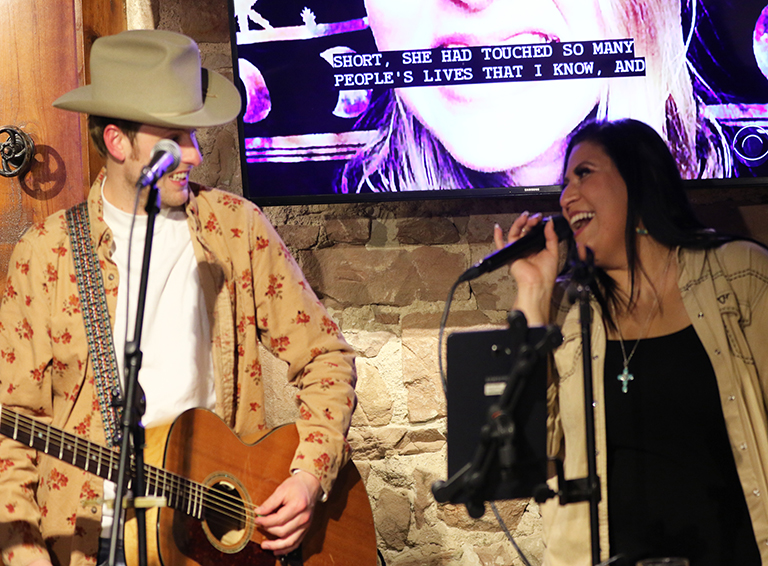 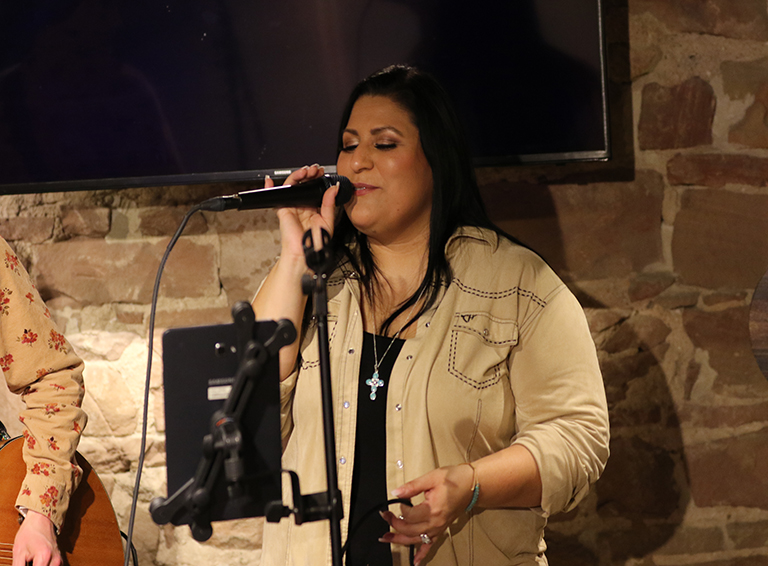 Capuchina who is a member of the band, Evoluzion are scheduled to appear at Koronazz’ Live Music Venue Valentine’s Day dance on Saturday, February 13, 2021. The headliner will be The Voice, Jay Perez and The Band. Koronazz is located at 4611 S Jackson St. Doors open at 7 p.m. Masks are required to enter the building.

SAN ANGELO – Rita Capuchina and Dallas Caraway’s performance on stage is worth the price of admission. First, priceless in the sense that these two extraordinary professionals are so down-to-earth personable with their audience. Second, they don’t take themselves seriously, evidenced by the fact that each enjoys the others’ success. And third, they do however take their profession and musical career seriously in the hours spent practicing to bring a flawless performance that their audience truly appreciates. 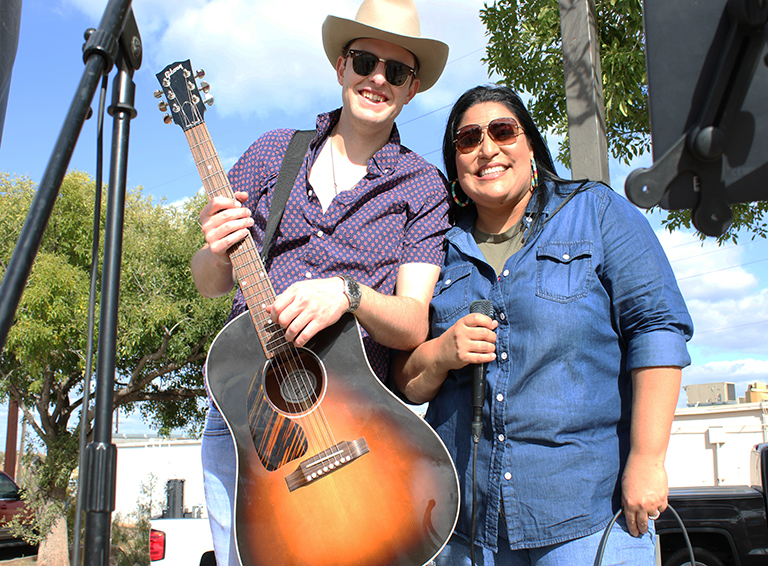 Flaco Guapo first saw this dynamic duo’s performance last December 2020 at Toys For Tots. The second time was on Saturday, January 30, 2021 at the Casual Pint. What came across to this media representative was that in both performances they actually seemed to enjoy each other’s own talent. Rita, the singer has a powerful, soulful voice that would give some contestants on American Idol a serious run for their money. Caraway is good enough to hold his own as well as an accomplished guitarist. Rita and Dallas have been together two years now. They met through a friend as she was looking for a lead guitarist. 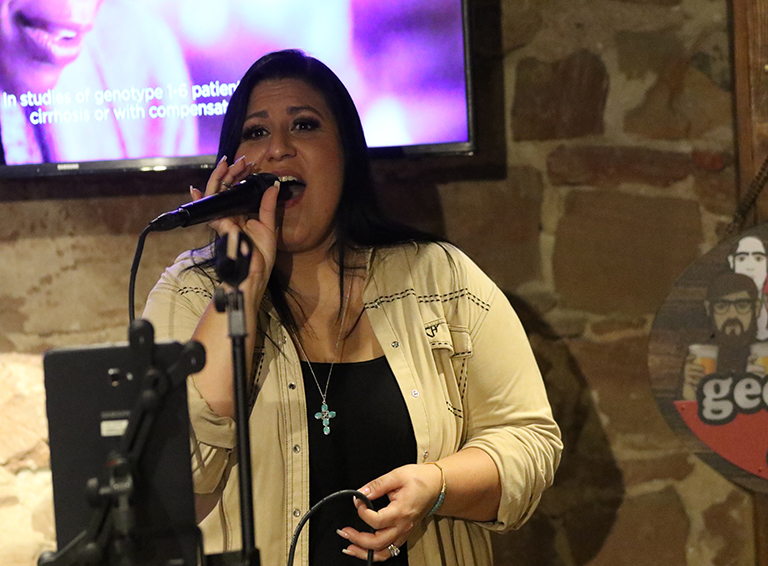 Flaco Guapo interviewed both of them about their professional careers, and what makes their professional chemistry on stage work so well.
Rita, when did you know that you had that something special with regard to your voice?  “It would have to be when “I started getting the compliment,” ‘You just gave me the chills.’ “That’s when I thought I need to keep sharing my gift.” 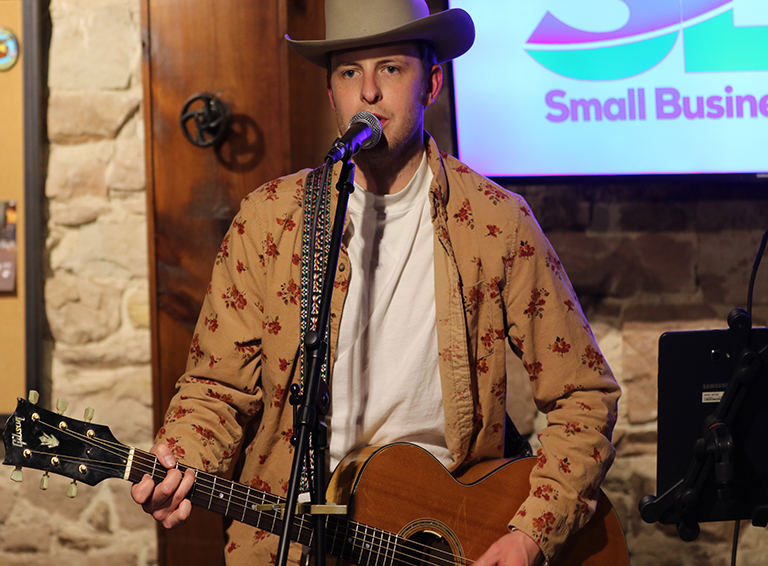 Dallas was asked what was his first impression of when he met Rita? “I had seen Rita from afar and just thought wow! I love the range of her voice it’s got a very Linda Ronstadt quality. So many singers like to sing as high as possible and show off. But Rita just keeps it natural, which is very cool.” 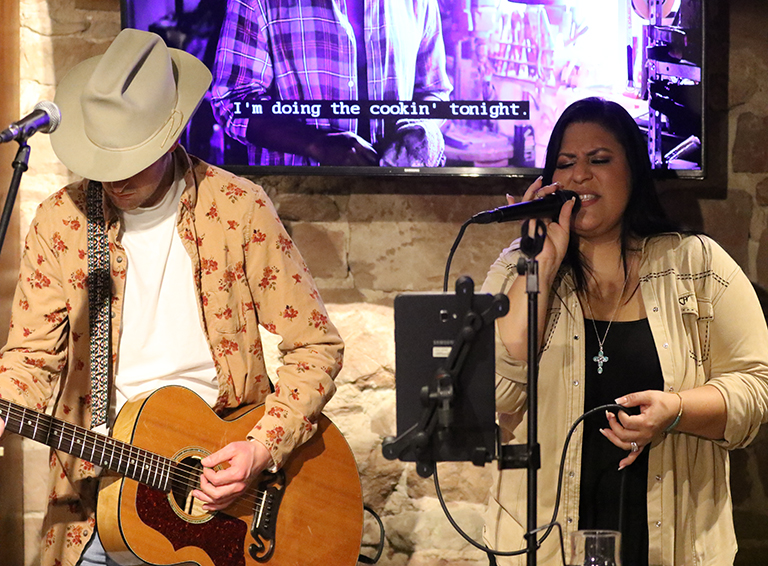 You both have a great chemistry onstage presence. Both of you seem to like each other. What has Dallas contributed to your being a better person?
“Dallas has a great sense of humor; I still get nervous when we perform, so his personality really helps me relax and be myself.  He’s helped me become a better person because he is honest about whatever we talk about. That helps me see different perspectives about the music business.” 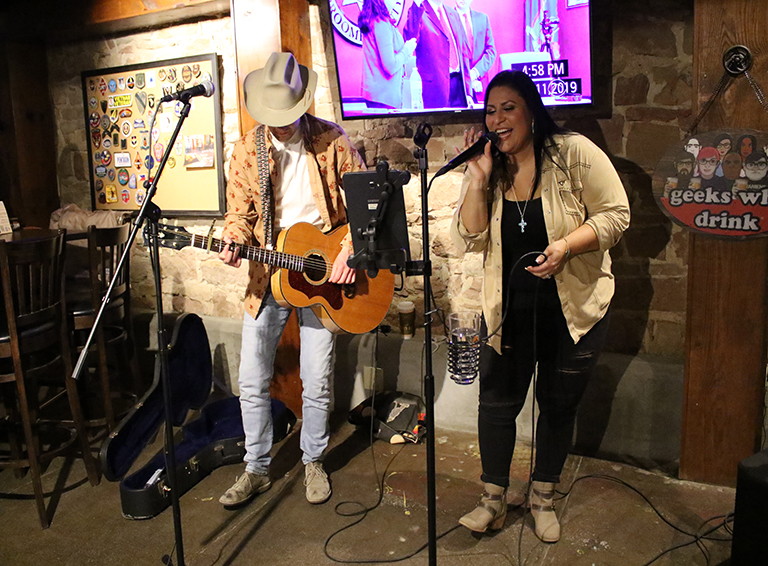 As for what it’s like to work with Rita from a professional perspective, Dallas says it’s been special because it came so naturally for both of them.
“Other musicians I've played with. everyone is usually very tentative with ideas and suggestions. But with Rita, who is great to work with, she just jumped right in, wanting to co-write and work out songs together.” 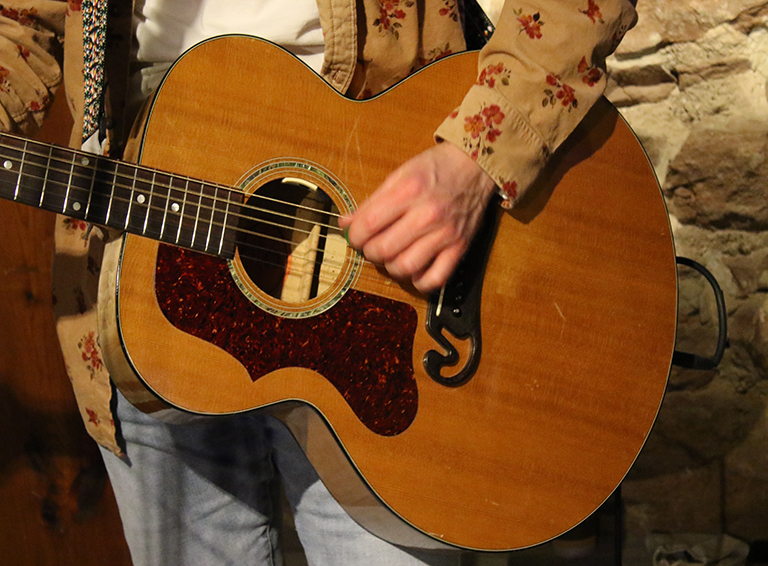 This great singer, songwriter-guitar player match works perfectly because Capuchina realizes what Caraway brings to the table and credits him accordingly.
While Capuchina is the one who shows up with lyrics and melodies to the written songs, “It is Dallas who figures out the chords and rhythms on the guitar very quickly” she said. Rita openly admits she is still learning her craft at songwriting. “He’s made me really think about what rhythms fit when I am writing my songs, which has made me a better songwriter” 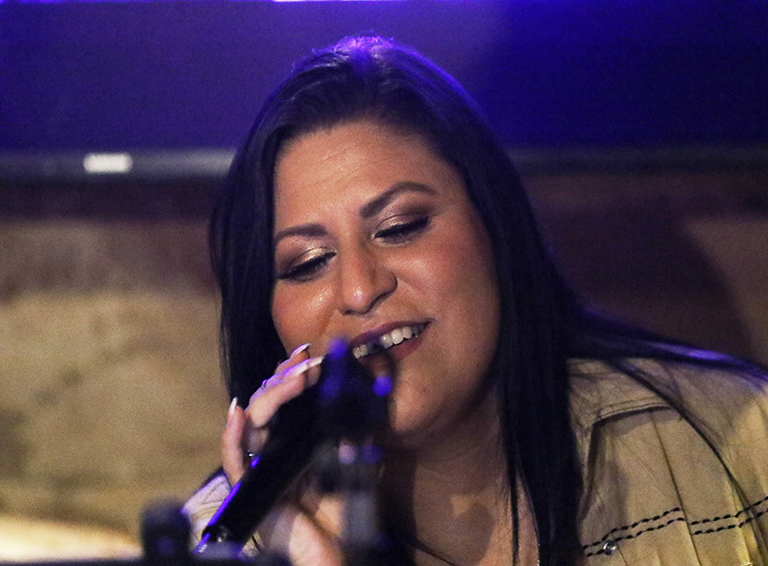 Capuchina has written a love song based on her marital relationship with husband, Alberico. It is on youtube, titled, Never Enough. https://www.youtube.com/watch?v=BPiCV4zHrO8 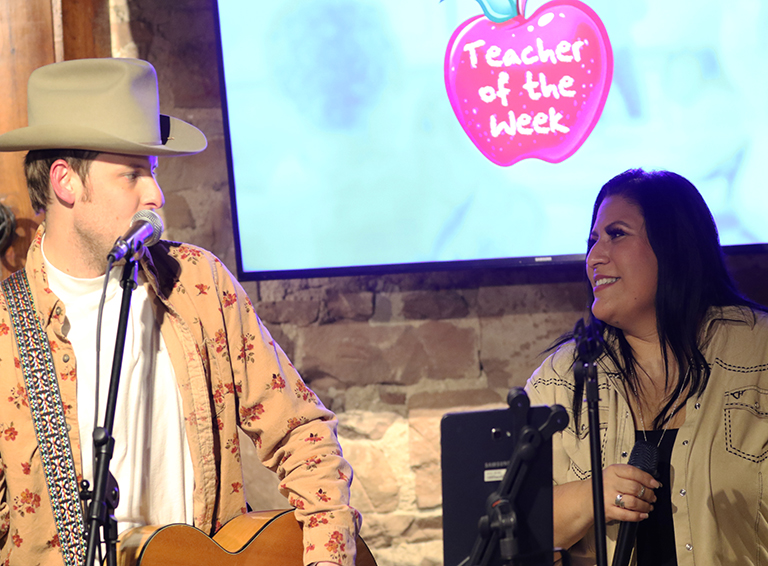 Dallas, what is it about Rita that you appreciate from one professional about another's work?
“I appreciate her dedication to the music. She is always pushing to be better. I have a lot of fun taking the music somewhere she wasn't expecting and seeing how she reacts.” Caraway concluded his remark, saying Rita is not easily thrown off of her “A” game to bring it in every performance as she “just nails it.” “That's what great singers do.” 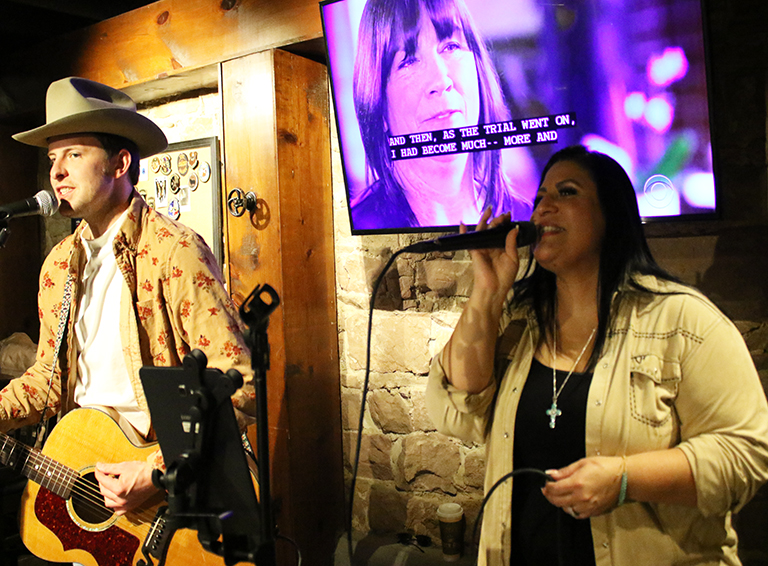 It helps that Dallas’ own performance, God-given talent, and humility also perfectly matches his friend and respected colleague, Rita's own similar traits, in their stand-alone on-stage performance that is priceless.