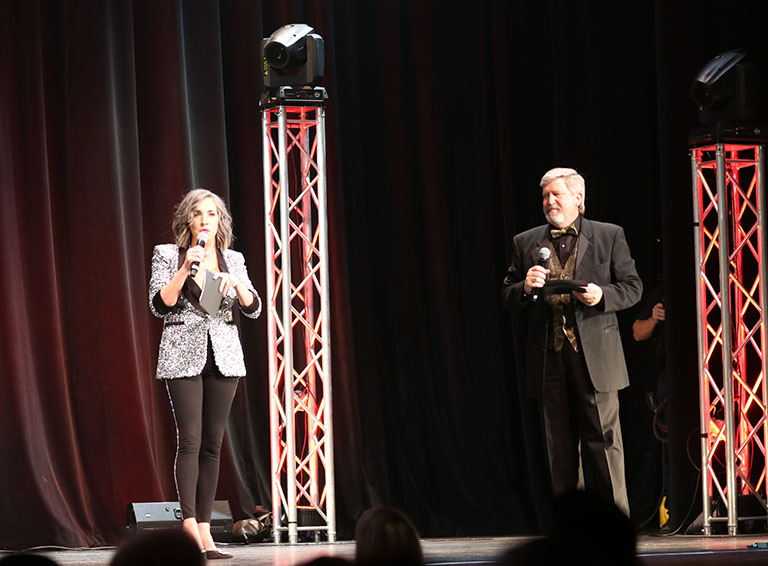 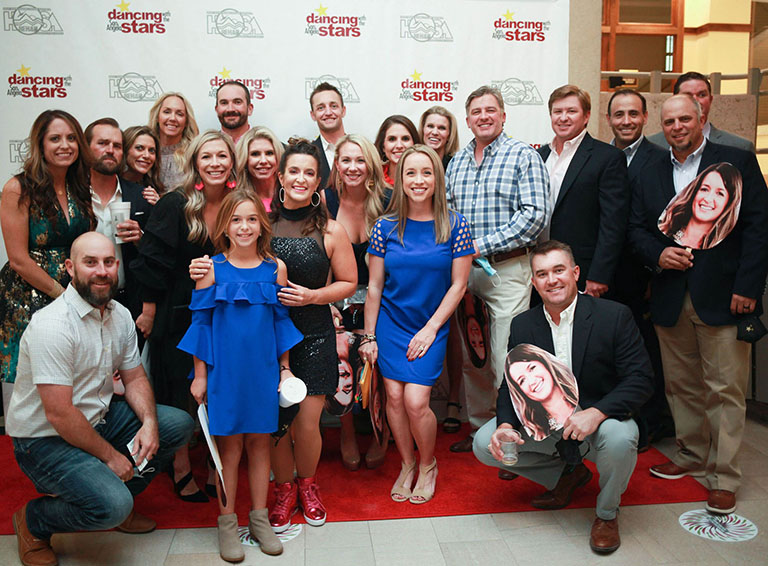 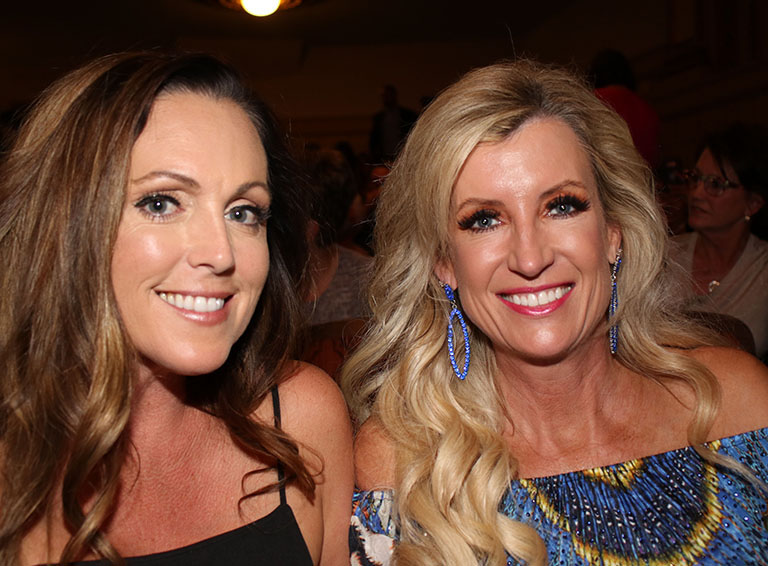 The eight contestants and their dance partner/instructors kicked up their heels before an audience comprised of family, friends, and emcees, Mrs. Elena Kent, and Rick Mantooth. WTRC’s major fundraiser was held on behalf of Hospice of San Angelo. The DWTS event, scheduled for October 15, 2020, took place in the Murphey Performance Hall. 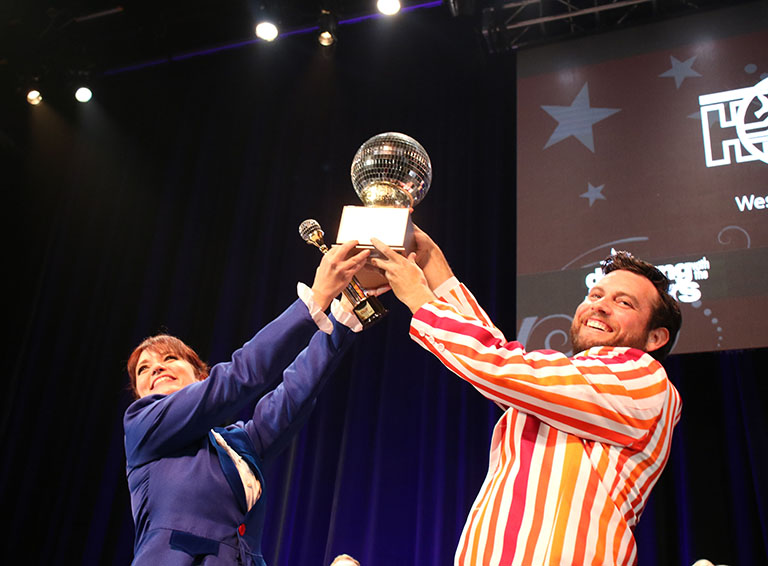 In the end, the “last man standing” so to speak” to take home the 2020 ‘DWTS San Angelo’ Mirror Ball trophy was Colby Chesshire whose dance partner, the instructor was Mrs. Angela Hill Brooks. As for how was the first-place winner (duo) was determined?  "The person with more votes than anyone else was declared the winner (per $1 per vote”) said Berkeley Puckitt, WTRC Director of Donor Relations. 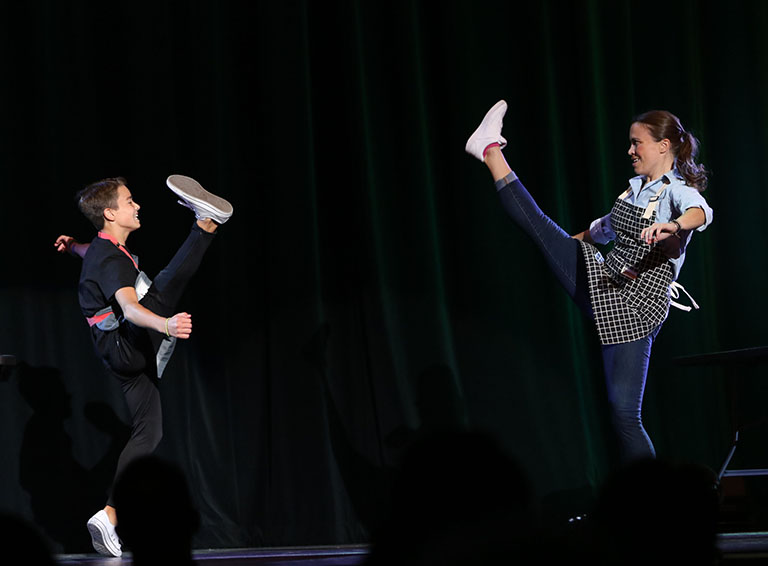 Before the winner was announced though, the other seven participants included: Brady Stewart and Miss Erin Lane. Up first was Brady, a local baking celebrity was matched with Erin who is the Artistic Director for Ballet San Angelo. 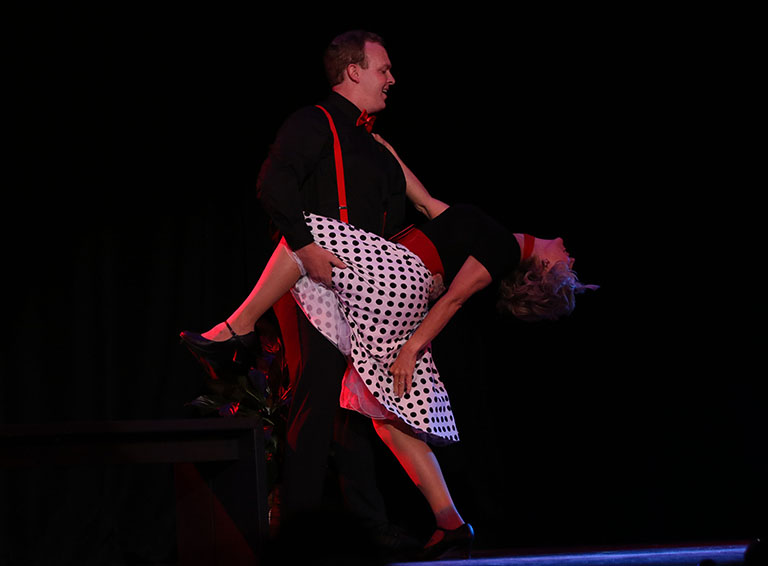 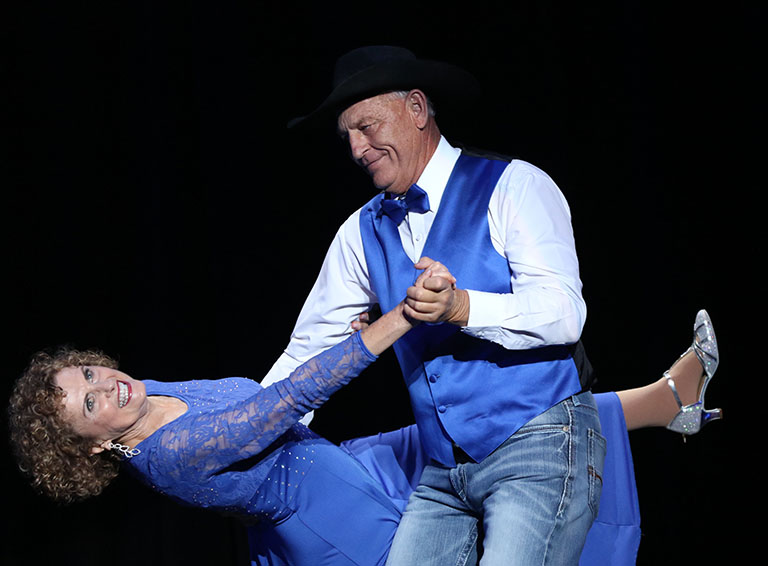 The third pair was Mrs. Linda Ross and Tim Layman. Ross now retired, is a former Regional Director for the Laura Bush Institute. Layman is a local rancher and retired teacher. 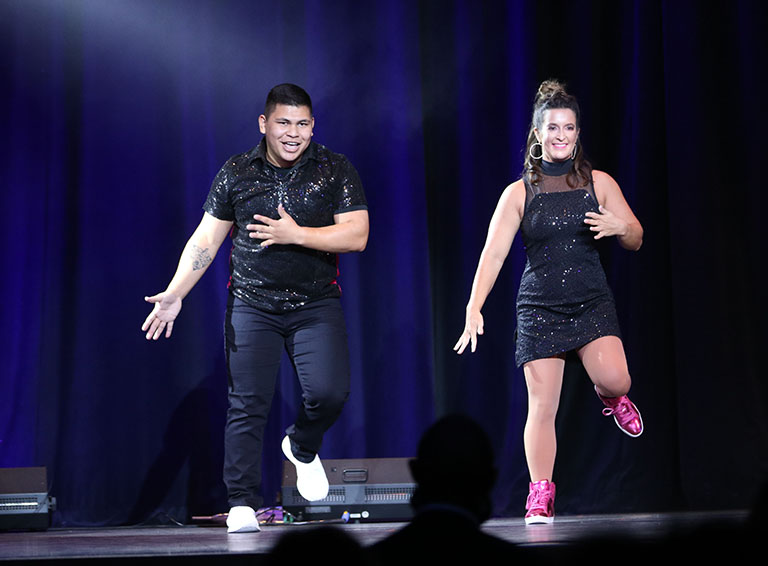 Leading off in the fourth spot was Mrs. Liz Albert and her dance partner, Oscar Narvaez. Albert is a local real estate attorney while Narvaez is a former national cheer champion at Angelo State University. 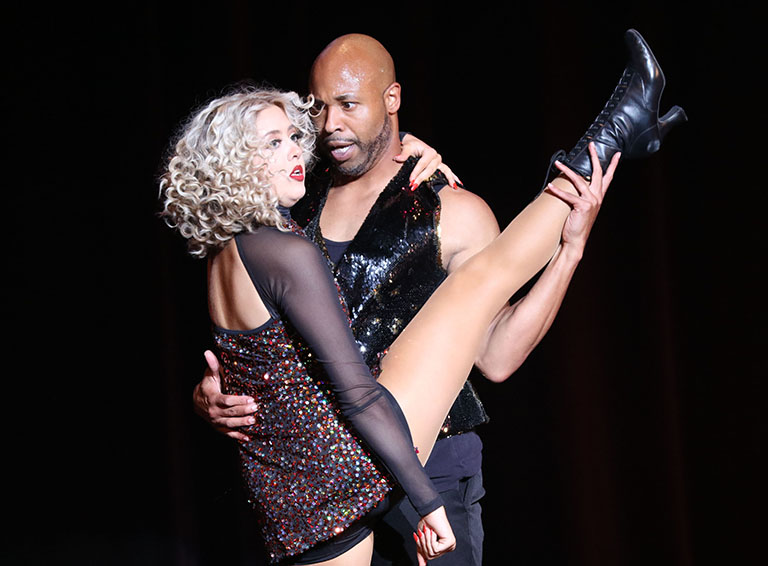 Next up in the fifth spot was the dynamic duo of Brandon Ligon and Miss Julia Rhea. Ligon is a digital innovation facilitator for SAISD. Besides being a dancer and choreographer, Julia is an accomplished opera singer and musical theatre performer. 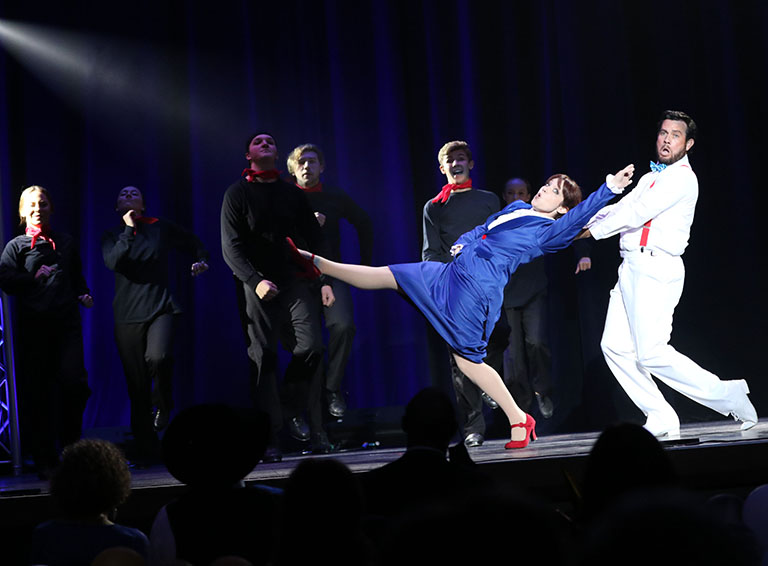 The sixth contestant was held down by Chesshire and Brooks. Colby is the owner of Happy Trails Outfitters. Angela is San Angelo Broadway Academy's Founding Executive Director. The duo performed Supercalifragilisticexpialidocious from the iconic Walt Disney classic, Mary Poppins. 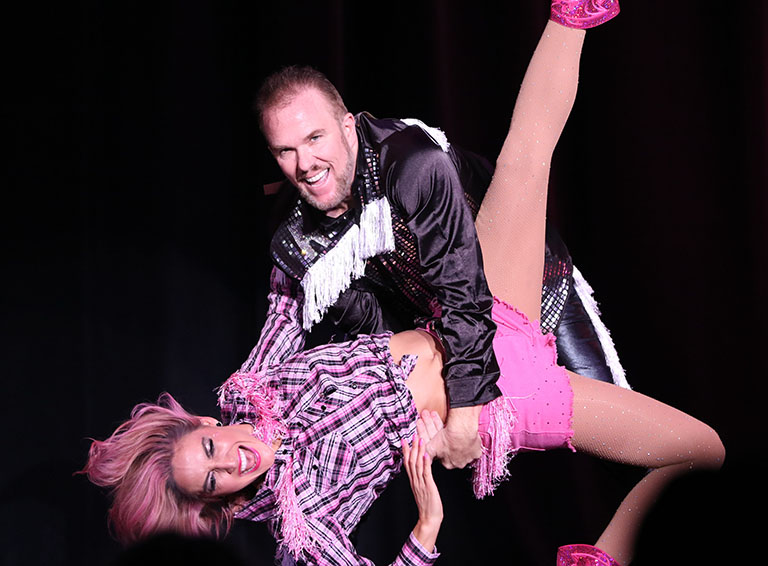 Coming in at the seventh spot was Mrs. Caroline Rhodes and her partner, Robert Mann. Rhodes is a dentist, and Mann is an insurance agent and dance teacher at Prep Academy. 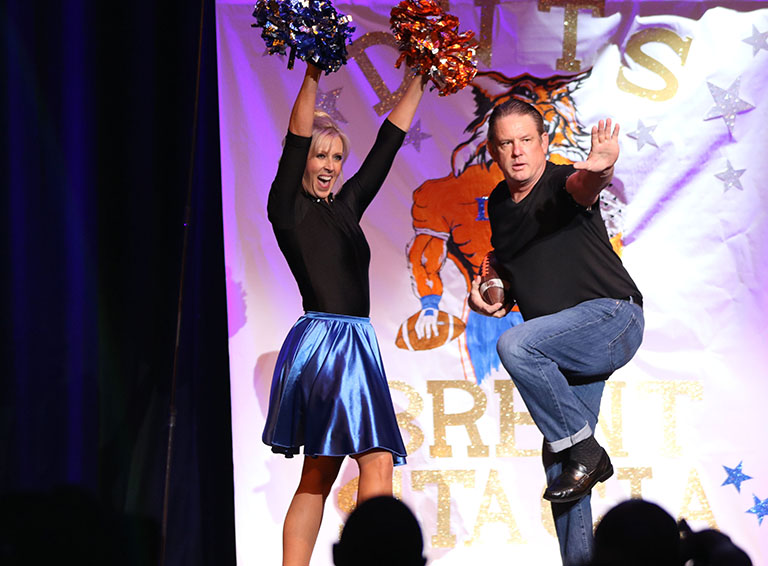 The eighth position belonged to Brent Davis and his lovely dance instructor, Mrs. Stacia McSpedden.
Davis is the head coach of the San Angelo Central Bobcats. McSpedden is the owner and instructor at Dance Academy.

Prior to the Mirror Ball winner being announced, the following awards were handed out. The Spotlight Award: Linda Ross. 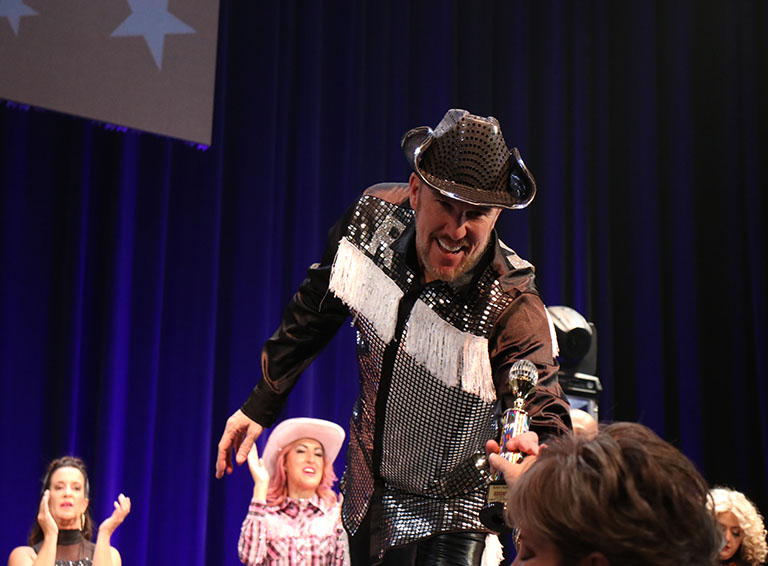 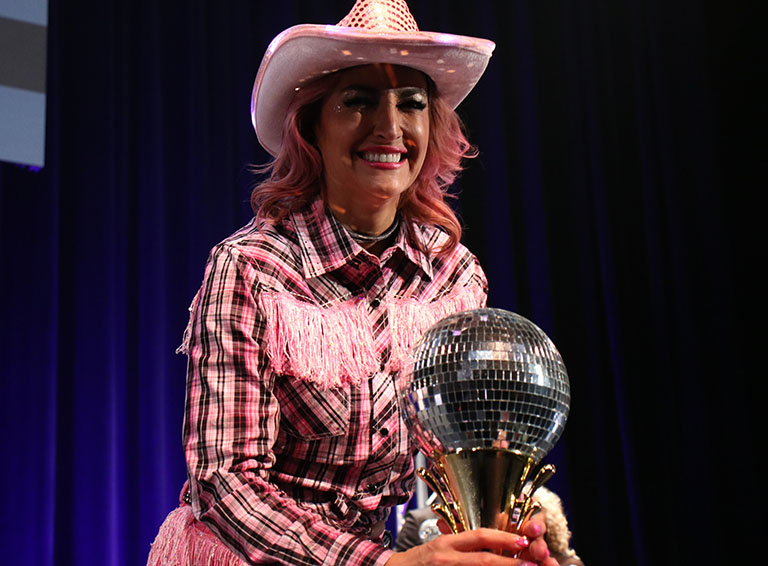 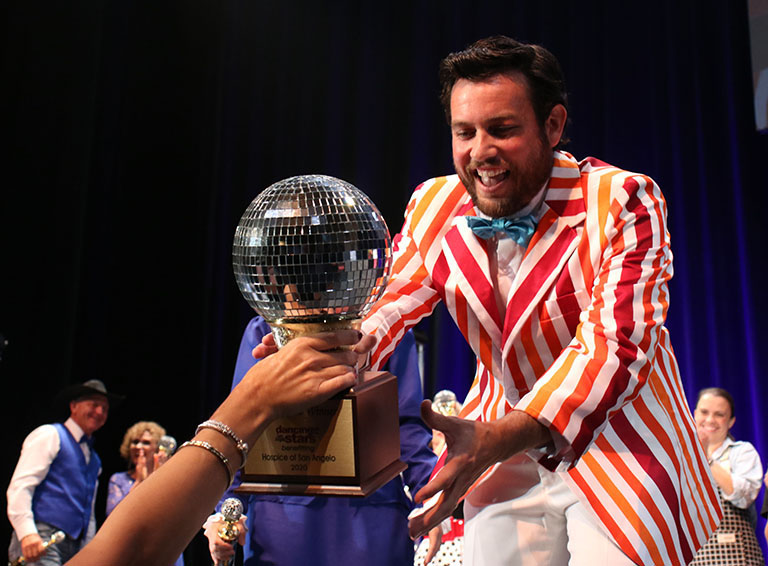 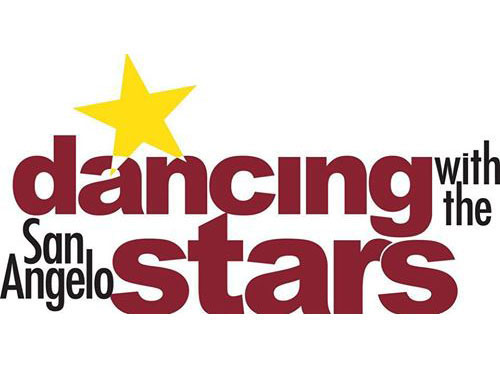 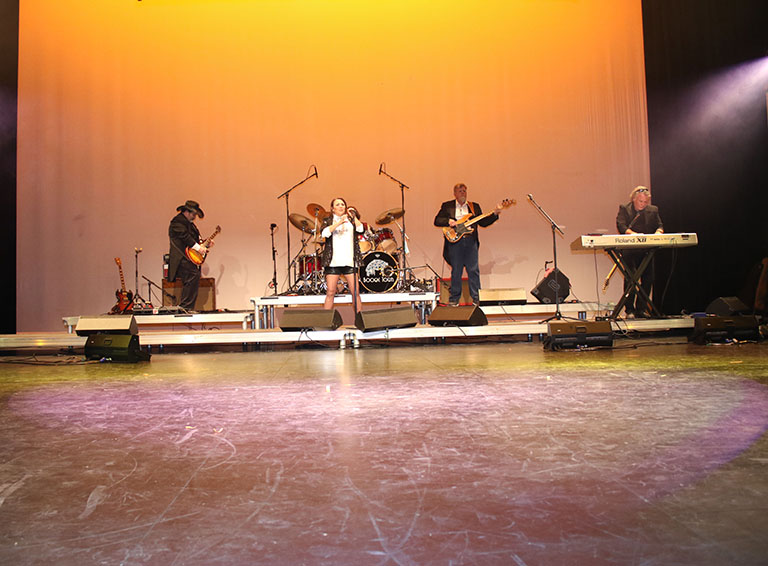 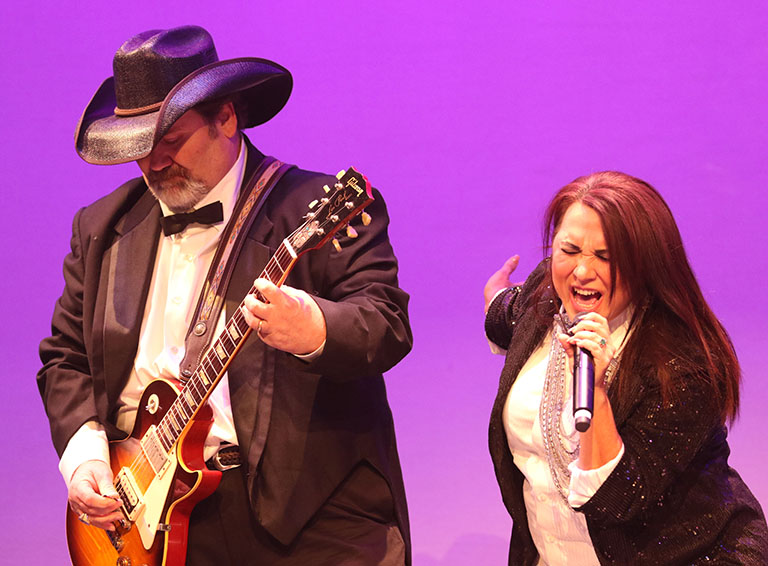