Park among 20 to receive ASU Rammys 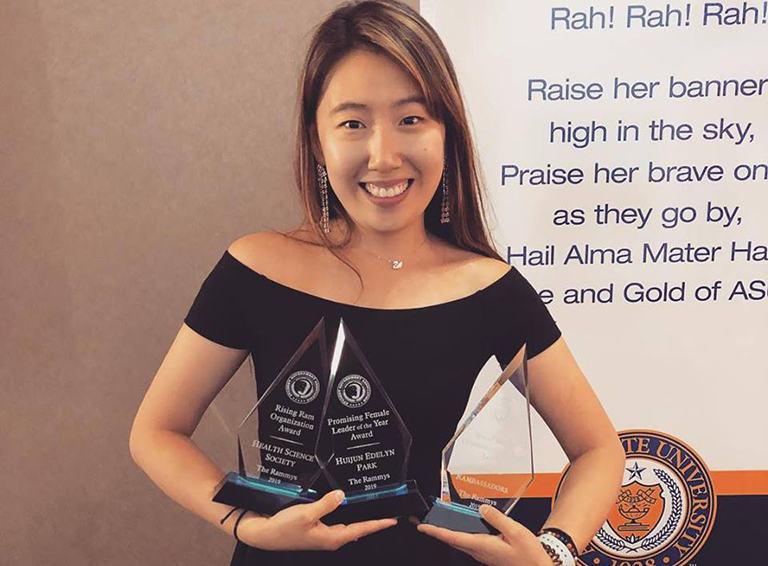 Flaco Guapo Media
SAN ANGELO – With 20 awards handed out at Angelo State University’s Rammys on Thursday, April 25th, Miss Edelyn Park, ASU grad student, was personally involved in four of those—one as a recipient of Promising Female Leader of the Year. Miss Park also accepted awards in behalf of two other organizations; one was in behalf of the RAMbassadors, the other Health Science Society; and she was a presenter in a fourth one. 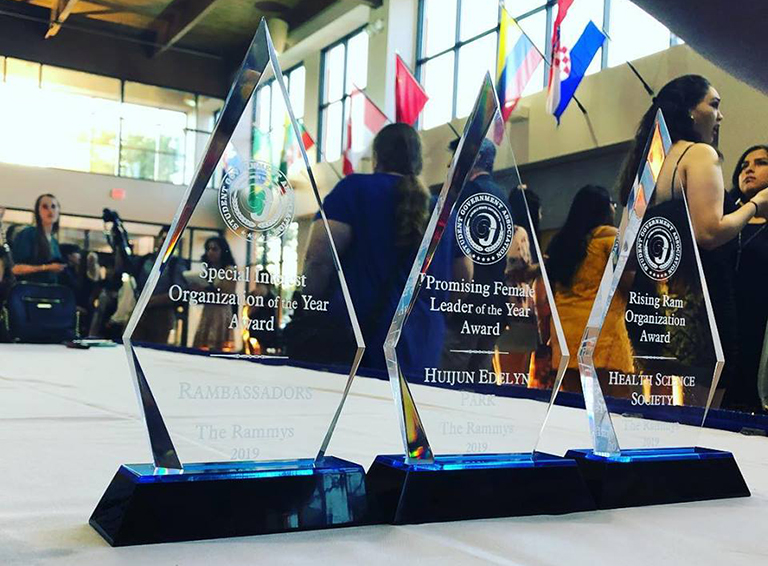 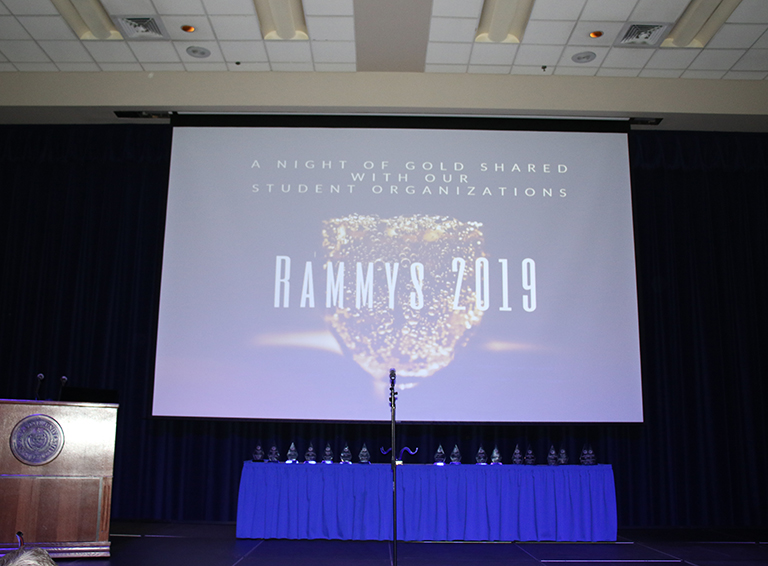 The 27th Rammys ceremony was hosted by the Student Government Association (SGA) in association with the Multicultural & Student Activities Programs (MSAP) Office that honors registered student organizations, student leaders along with faculty and staff who have made outstanding contributions to Angelo State and the San Angelo community throughout the academic school year, per angelo’s website. The annual Ram family awards was held in the CJ Davidson Center on the campus of ASU. 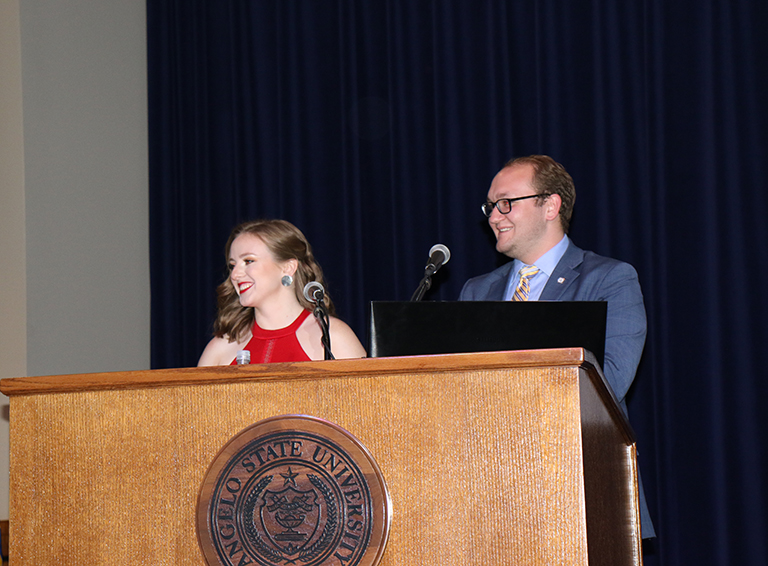 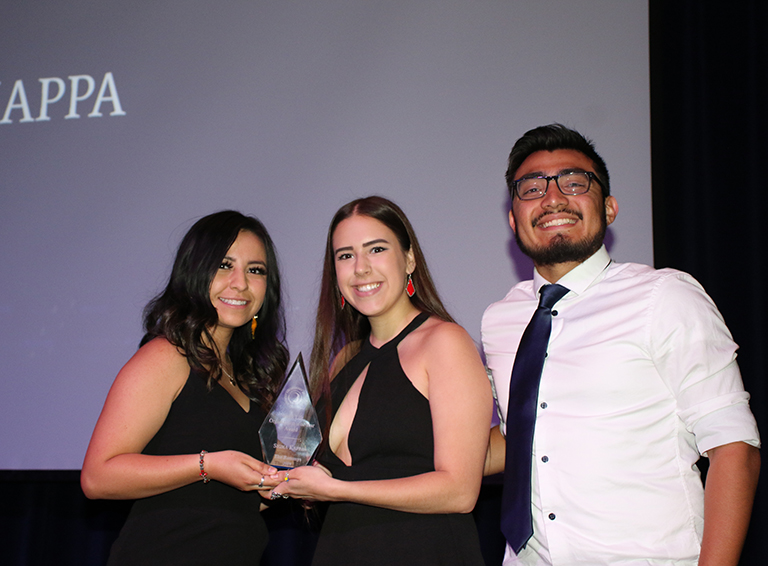 Before Park received her first award though, she was a presenter with Mr. Jarett Luhan, Student Programs & Activities Coordinator. 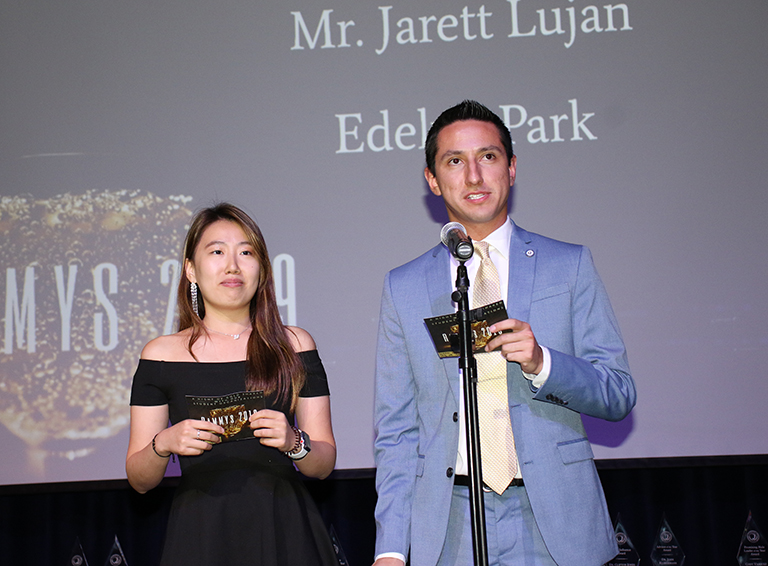 Both Luhan and Park were on stage to announce the Greek Life Organization of the Year Award recipient--Sigma Kappa.

NOTE: all of ASU's Rammy presenters: faculty and students are incorporated within slides/ music video.

The other 18 awards were as follows. 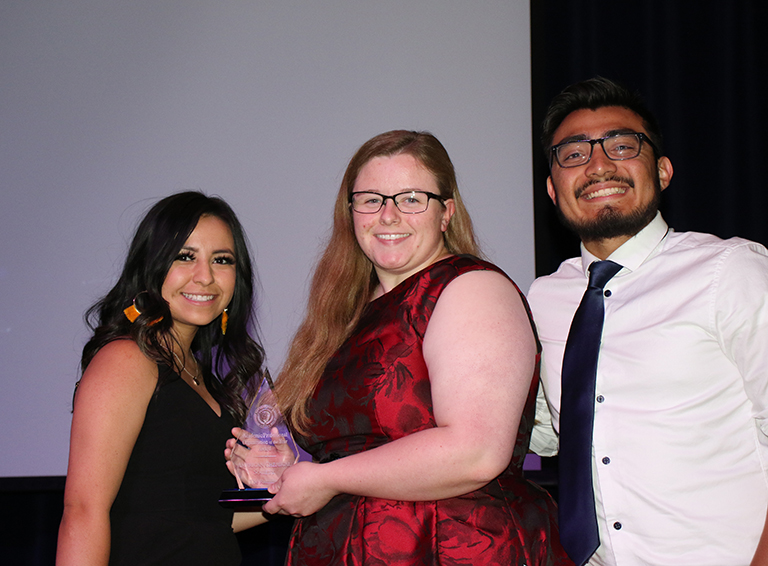 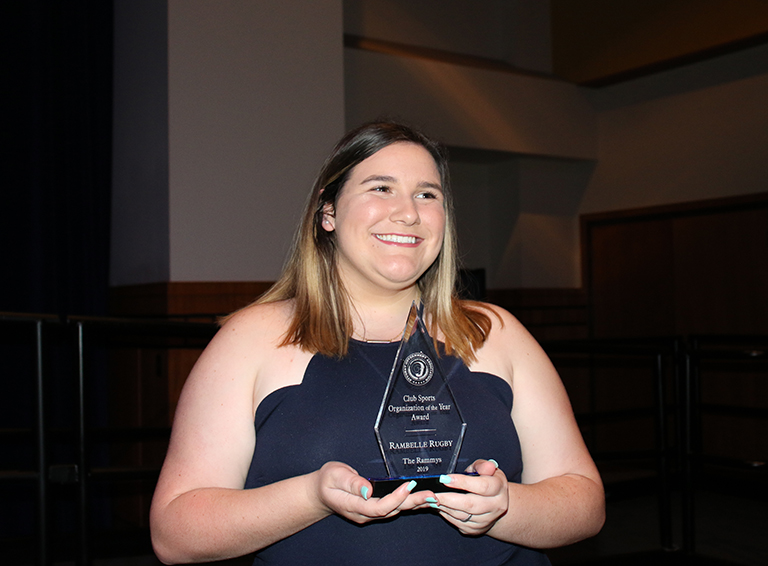 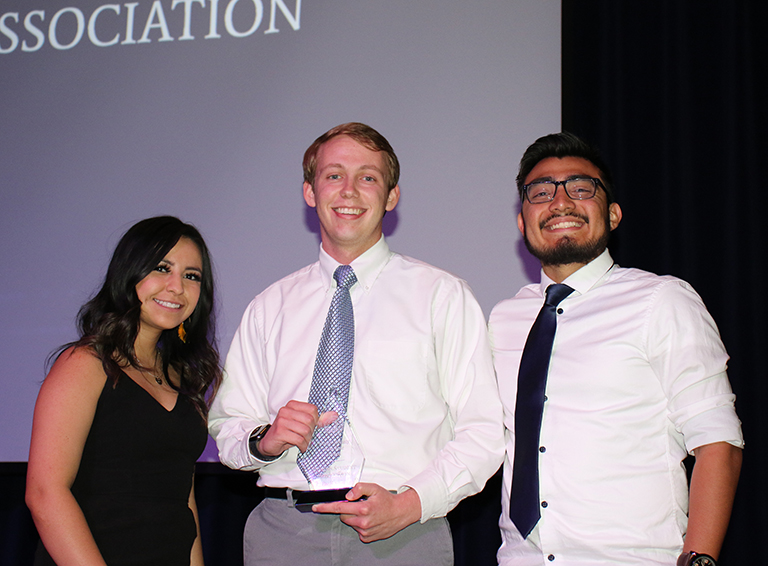 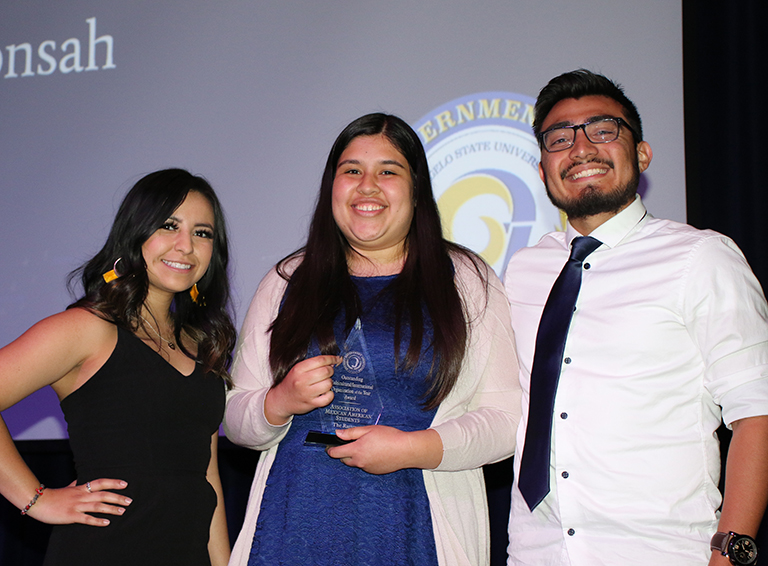 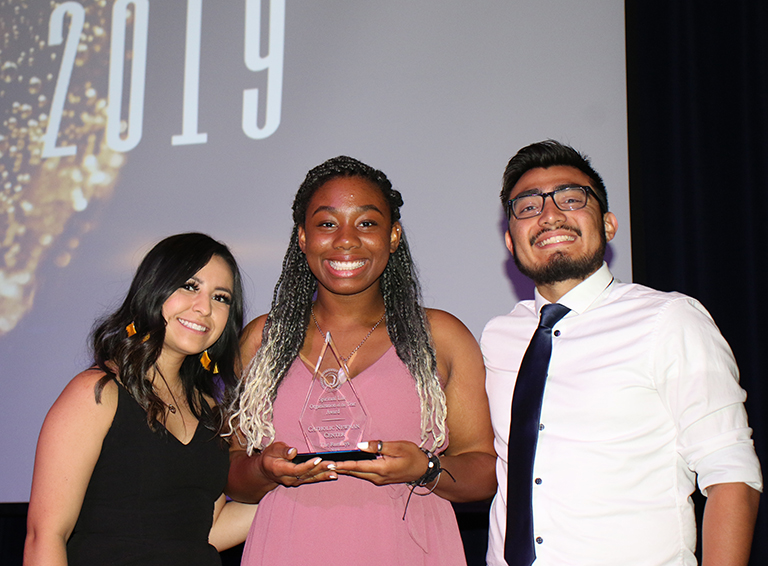 Spiritual Life Organization of the Year Award was given to Catholic Newman Center. Presenters were Mrs. Christabel Romine and Kristen Kilpatrick. 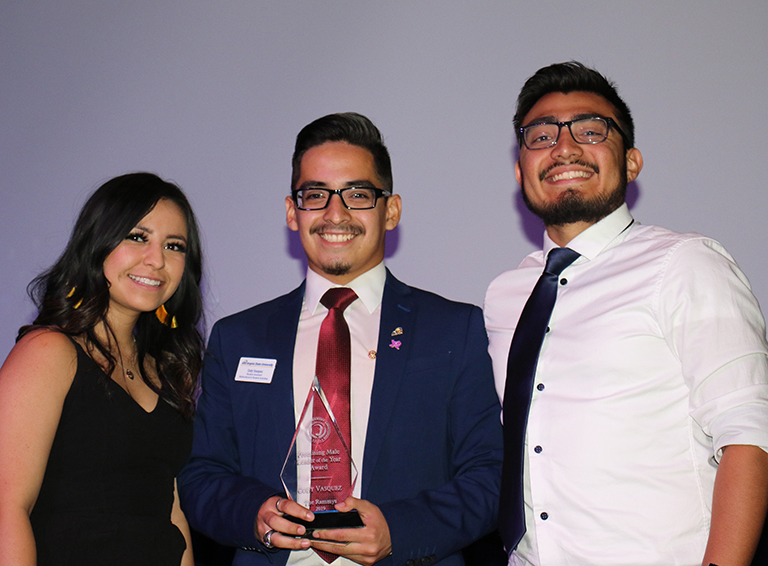 Promising Male Leader of the Year Award was Cody Vasquez. The presenters were Dr. Kenneth Heineman and Amatha Gonzales. 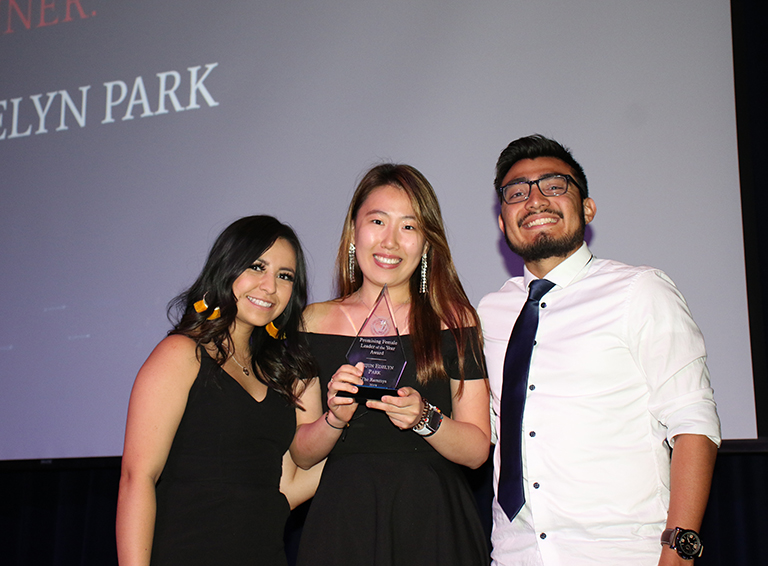 Promising Female Leader of the Year Award went to Miss Park. Mrs. Angie Wright and Caleb Conaway were presenters. This award was given to a female student who has shown great leadership potential within the University and within her organization. This student must demonstrate an overall ability to lead in a productive manner with emphasis on dedication and commitment.
Park is from South Korea. Her bio states she is involved in Tri- Beta Biology National Honor Society, she would like to represent international students for a better college life. Park’s eventual goal is to work in a medical center for a health organization to help developing countries and reduce gap between developed countries. 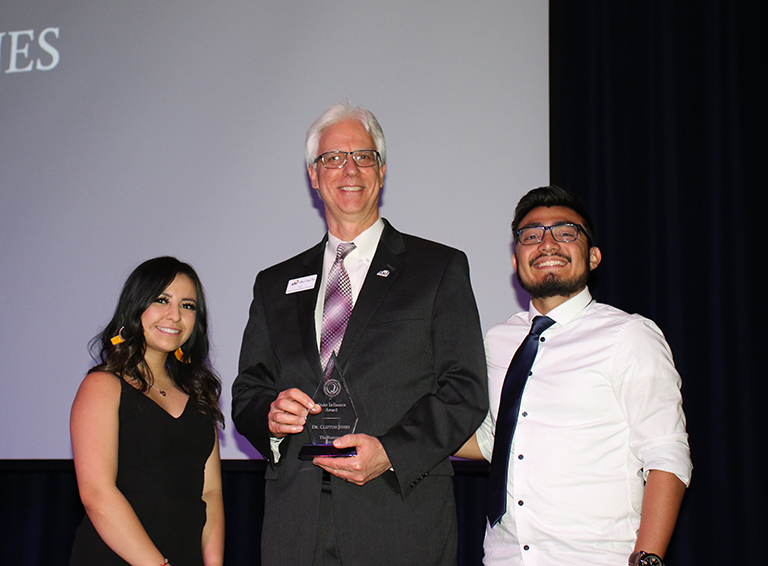 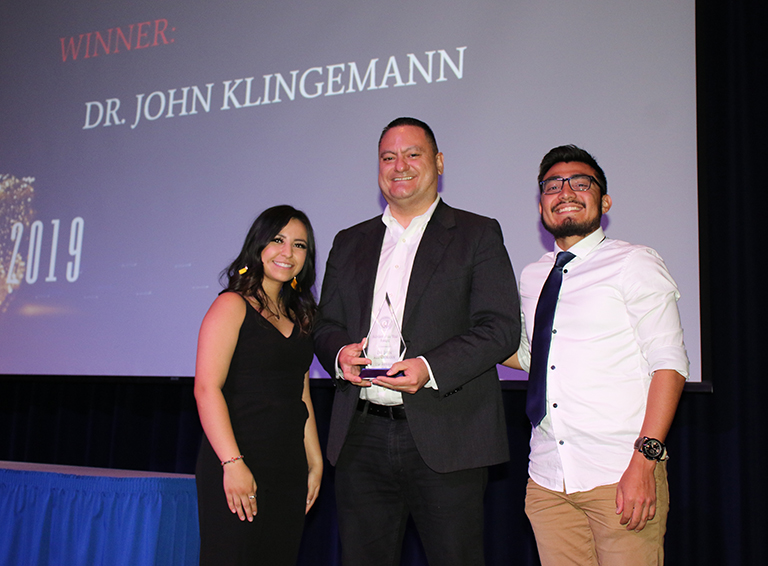 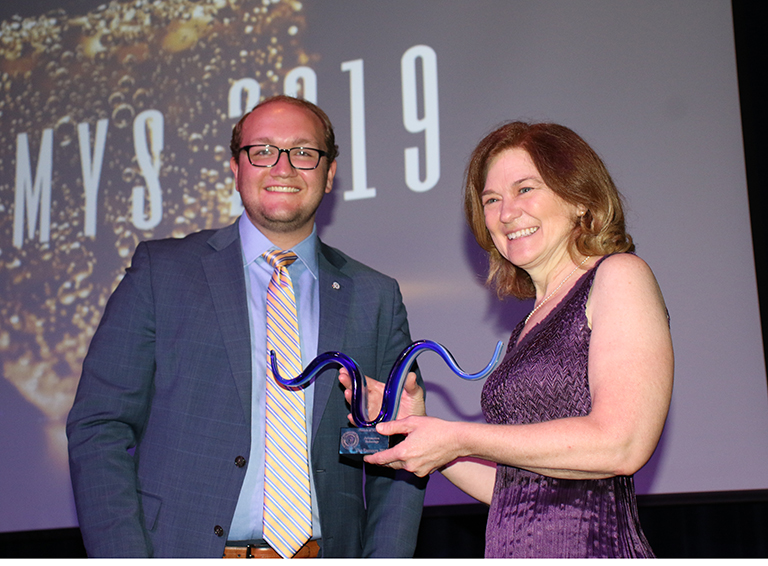 Friends of the SGA Award gave it to three entities. The first one was Information Technology. Accepting on behalf of IT was Mrs. Elaine Beach. 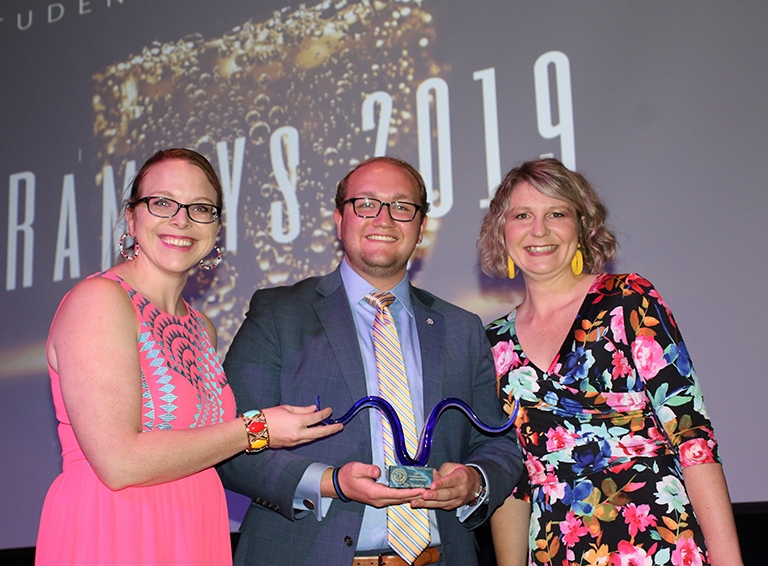 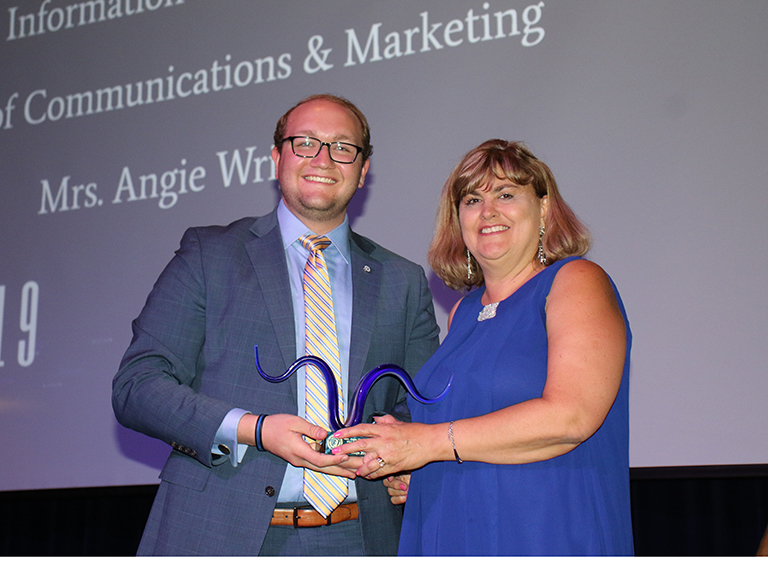 The third recipient to received the SGA award was Mrs. Angie Wright. 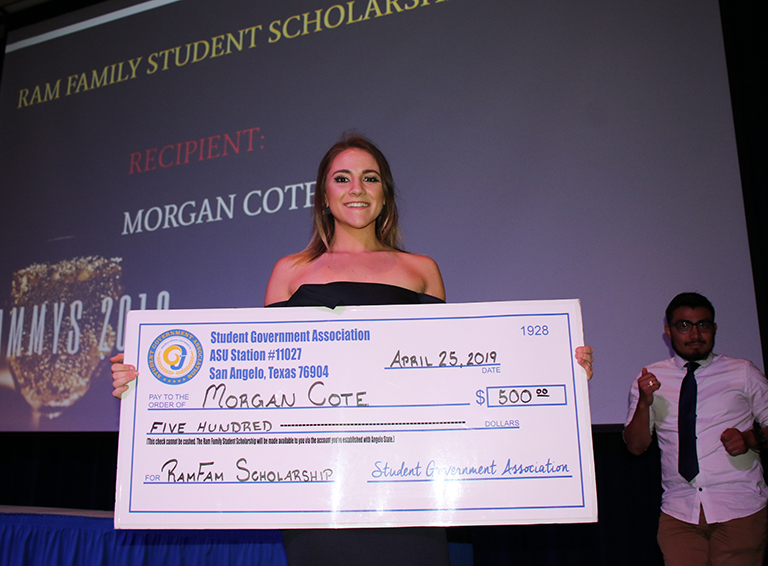 Ram Fam Scholarship recipient was Morgan Cote who received a check for $500 from the Student Government Association. Carly Broadville made the presentation. 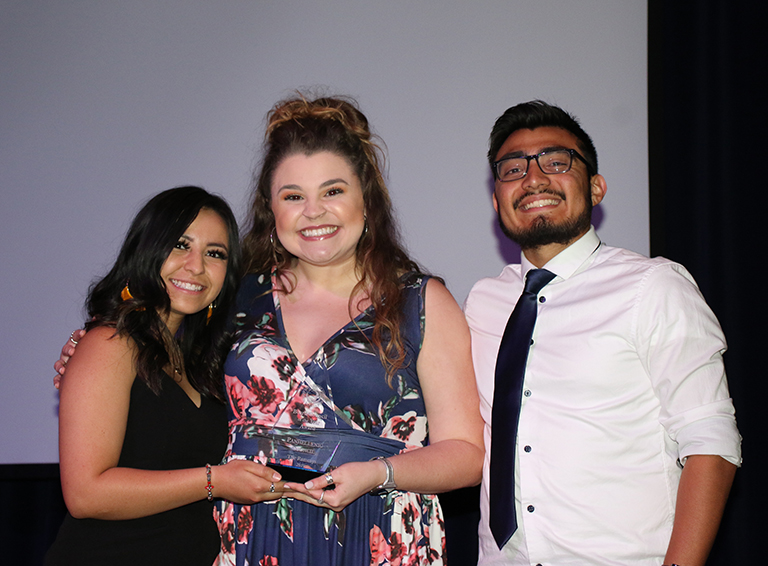 Board Council of the Year went to Panhellenic Council with presenters: Jessica Manning and Austin Habecker. 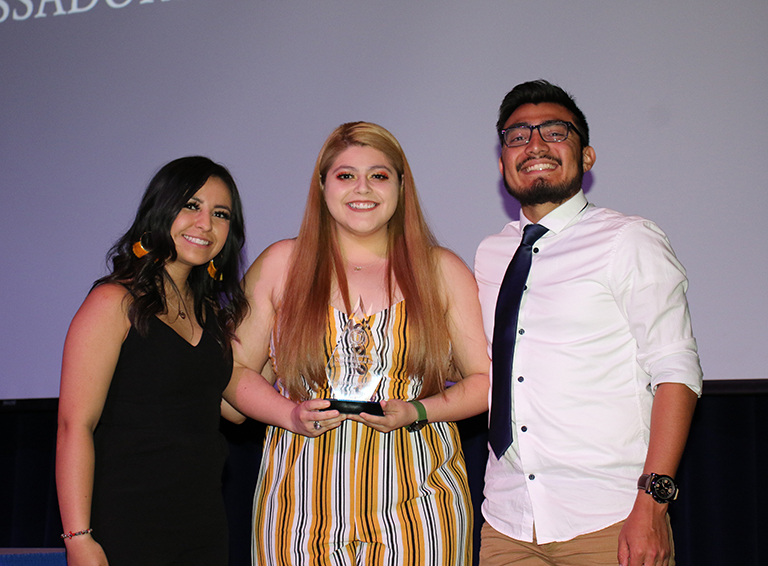 Special Interest Organization of the Year were the Rambassadors. Mrs. Jessica Gooch and Jessica Rios were the presenters. 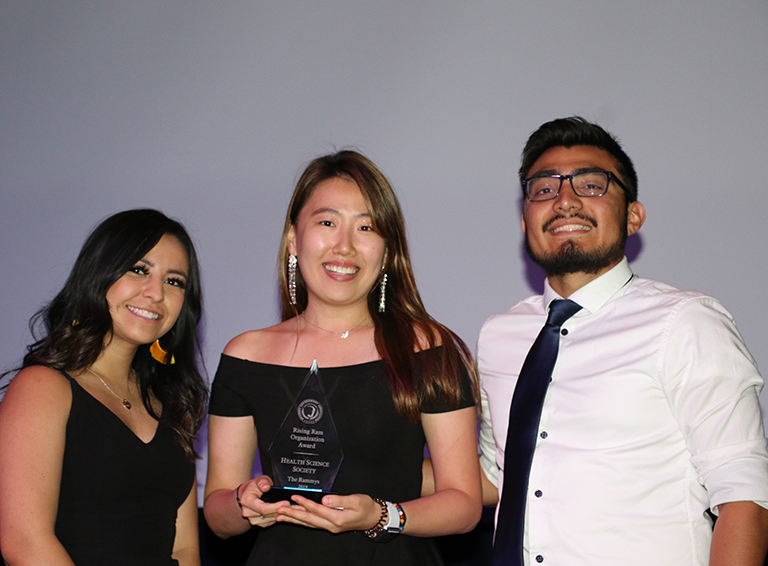 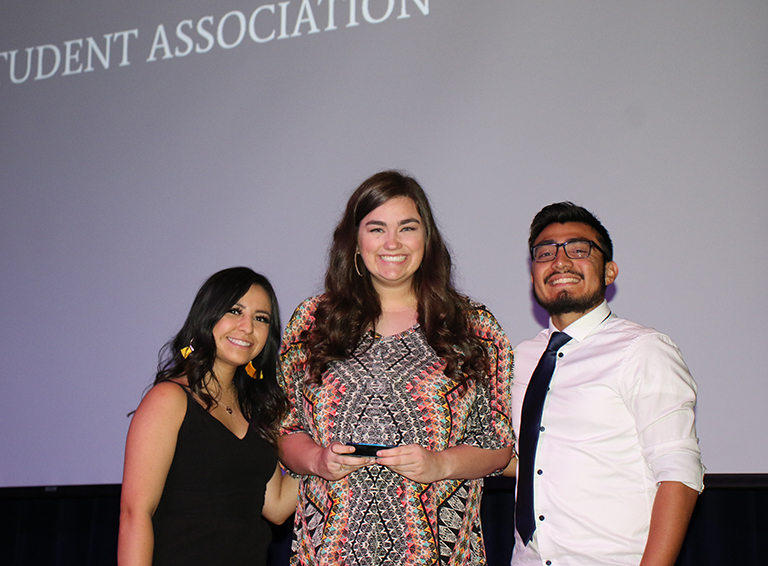 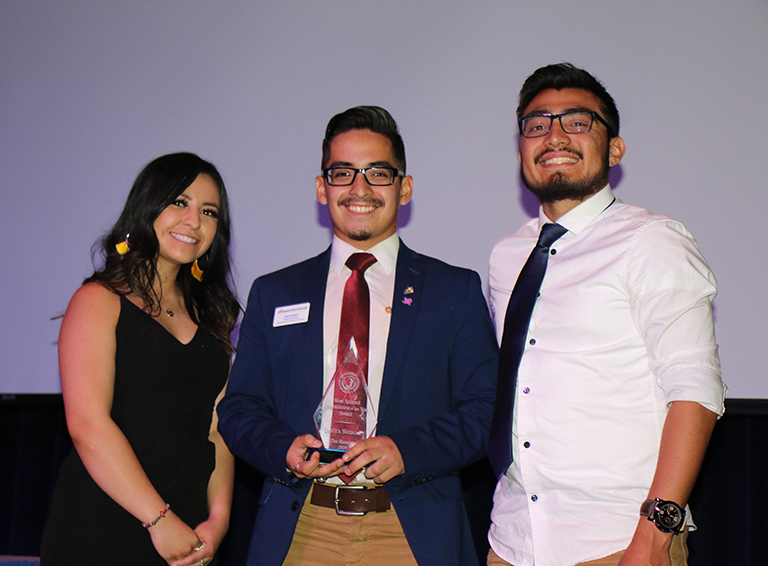 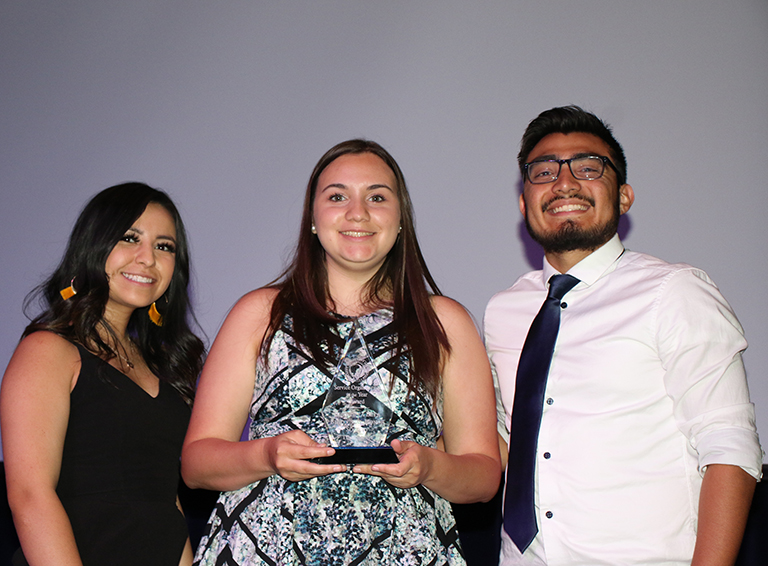 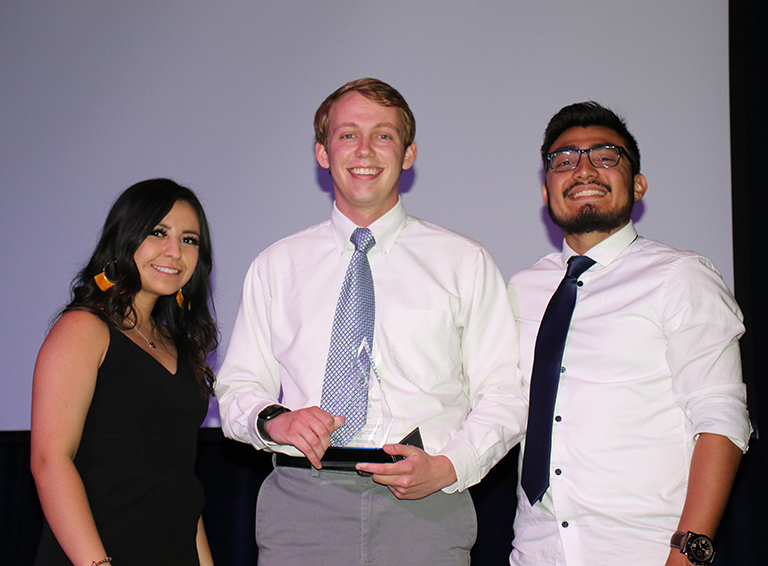