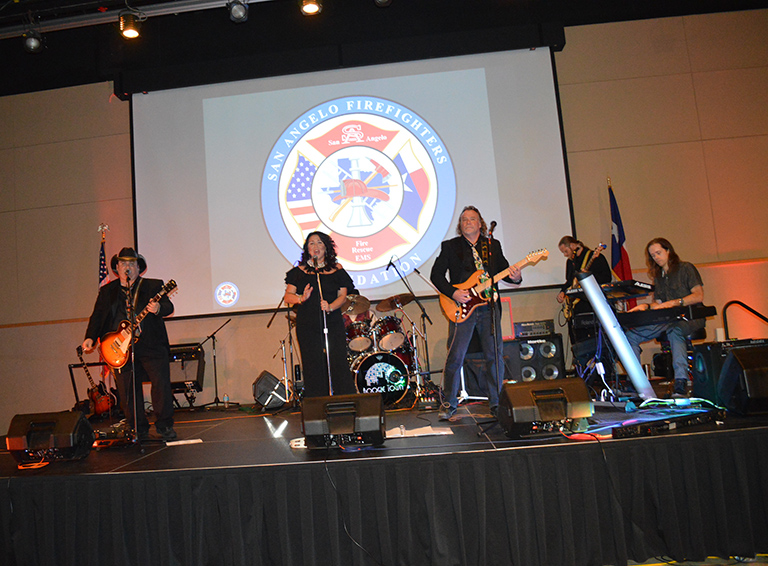 SAN ANGELO – The San Angelo Firefighters Association's choice for a live band was comprised of five members who had only been together for three months.
The SAFFA Inaugural Ball was held on Friday, November 17 at the McNease Convention Center.

Live entertainment was provided by Boogie Town as the firefighters, their spouses and community members invited as guests, danced the night away.