This is how you treat "Old Glory", Williams tribute' to the U.S. Flag! 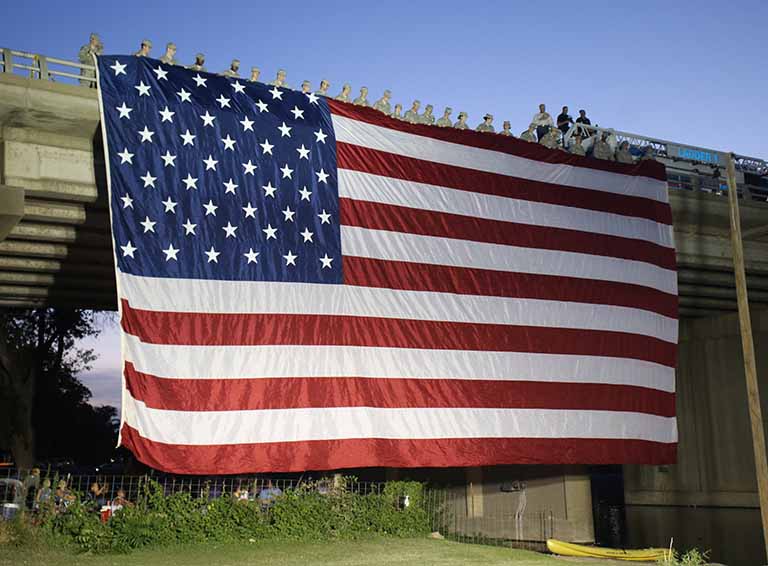 On March 21, 1982, one of America's most popular and all-time great comedians--Mr. Robin Williams, paid tribute to a 30-by-60 foot icon that at time celebrated its'205th birthday. The patriotic show was taped at the Los Angeles Sports Arena to celebrate George Washington’s Birthday. In Williams monologue, he portrayed "Old Glory" with his unique sense of humor, flair and respect for her. 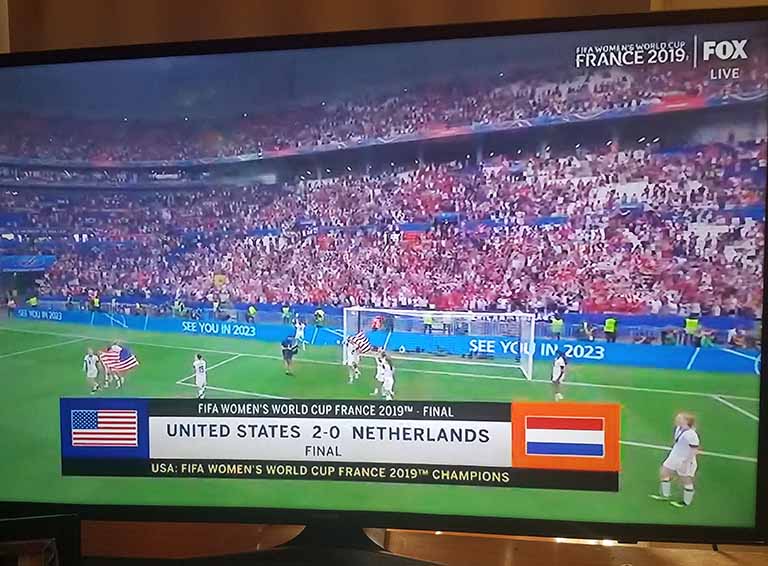 How the times have changed since then and not for the better. It is both a tragedy and a travesty that U.S. soccer star, Meagan Rapinoe, former NFL quarterback, Colin Kaepernick and a growing number of others, do NOT get about what the U.S. flag represents and is all about.  The majority of Americans who dearly love this nation, whose God "shed His grace on thee", firmly believe that America's finest " guardians of the galaxy"[ U.S. soldiers] and the United States are being disrespected by Rapinoe, Kaepernick, and those who follow them, won't stand for "Old Glory", sing the National Anthem. Or as Rapinoe and another soccer player did at the conclusion of celebrating their 2-1 World Cup victory over the Netherlands, actually stepped over the U.S. flag.

Meagan, Colin & everyone else who has the right to express their beliefs-- all of you were given freedom, liberty and the "pursuit of happiness" to do what you do as an athlete. Where else in other foreign nations would you be able to do what you are doing to our U.S. flag???

You have been blessed to live in a nation where you can see your dreams fulfilled. Yes, absolutely there is injustice today! But just in case you didn't know, it was far worse for my parents/ grandparents; also for blacks and others. My grandfather was from Mexico; he suffered persecution. His people from Mexico were called by others "wetbacks." Sidebar note: The issue is more than just about gender, equal pay for women, etc. or the color of one's skin. The real deep-rooted issue is called Sin. And the cure is Jesus Christ!

I get it!!! You are standing up for a cause. But to willfully, purposely say you will NOT sing the National anthem, NOT stand for the Star Spangled Banner. And then to see Rapinoe and another U.S. soccer throw "Old Glory" down and step across it, is more than I can bear! Megan and others say they are tolerant but their actions speak louder than words. In regards to tolerance, Rapinoe stated to the effect that she would not be going to the "f---" White House. So Megan, since Trump is in office it is a you-know what? But when Obama was in office it wasn't???

Rapinoe and Kaepernick have the right to do what they are doing. But it doesn't make it right with an "in-your-face" belligerent attitude and a strong, disrespectful manner towards our forefathers; also toward older Americans who still believe patriotism is more than just "lip service." BTW a true hero isn't someone who wins gold medals, titles, etc! A true American hero(s) are soldiers who paid the price for my, yours, others freedom, with their shed blood. And solemnly swore to defend our nation against all foreign enemies. 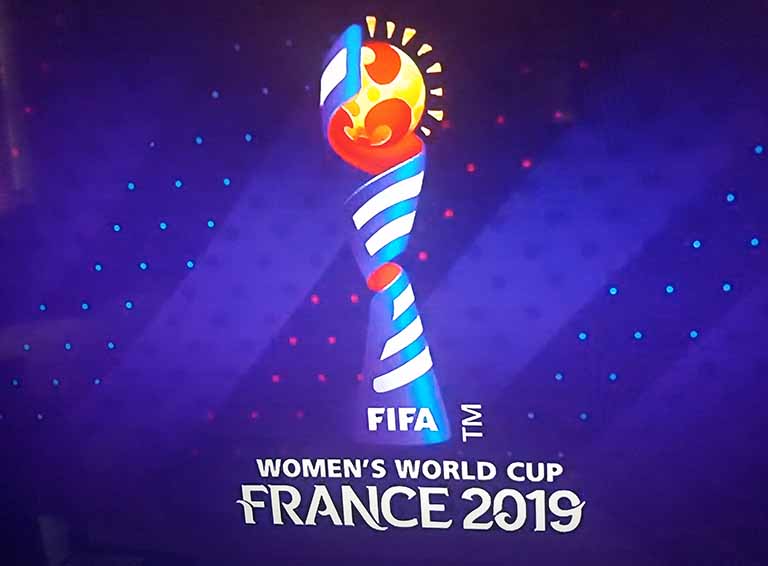 Finally, let me make this crystal clear. I applaud the U.S. women's soccer team for winning the World Cup. I can put aside my personal feelings toward how I felt how they chose to disrespect one of their opponents in running up the score, [but hey that's today's athletes, not all though]. As an American I rooted for them to win.

Rapinoe said something to the effect that she is patriotic. She sure has a funny way of showing because her actions don't line up with her words. When I heard how my grandparents/parents were treated I also had cause to rise up and right the wrong done to them, the injustice. However, being older, wiser and learned the art of being diplomatic, I choose to do it the right way. I stand up, speak up and defend my people from Mexico and other minorities.

I will NOT do it the way Rapinoe, Kaepernick have chosen.
I will stand for "Old Glory" when she is raised. And, I will proudly sing the National anthem!

"It's time to stand and say"
"And I'm proud to be an American
Where at least I know I'm free
And I won't forget the men who died
Who gave that right to me
And I'd gladly stand up next to you
And defend Her still today
'Cause there ain't no doubt
I love this land
God Bless the U.S.A." lyrics by Lee Greenwood