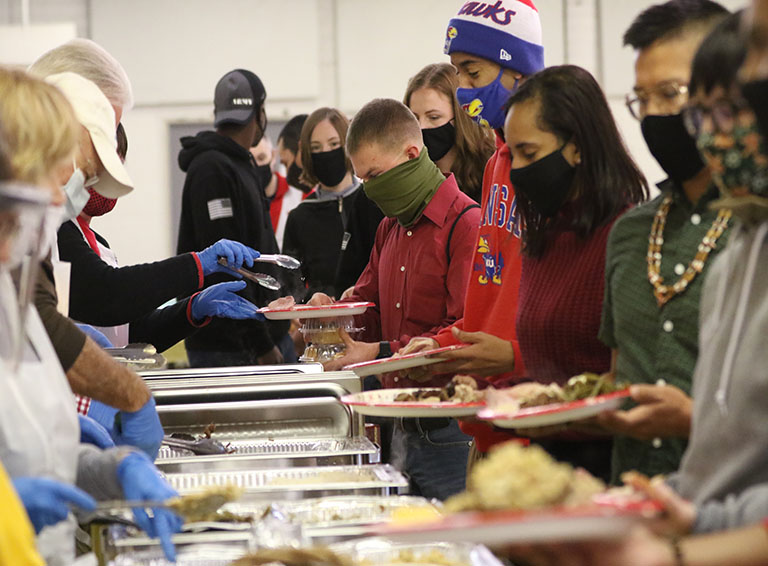 SAN ANGELO — Home Away From Home event for Goodfellow military personnel now in its fifth year, took on a different feel this year on Christmas Day. 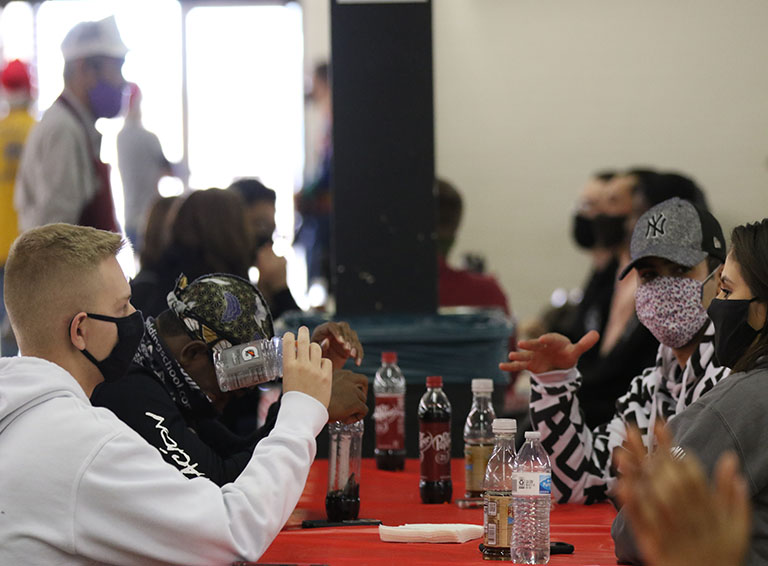 The 2020 holiday event due to the COVID-19 pandemic, required social distancing and wearing a mask. 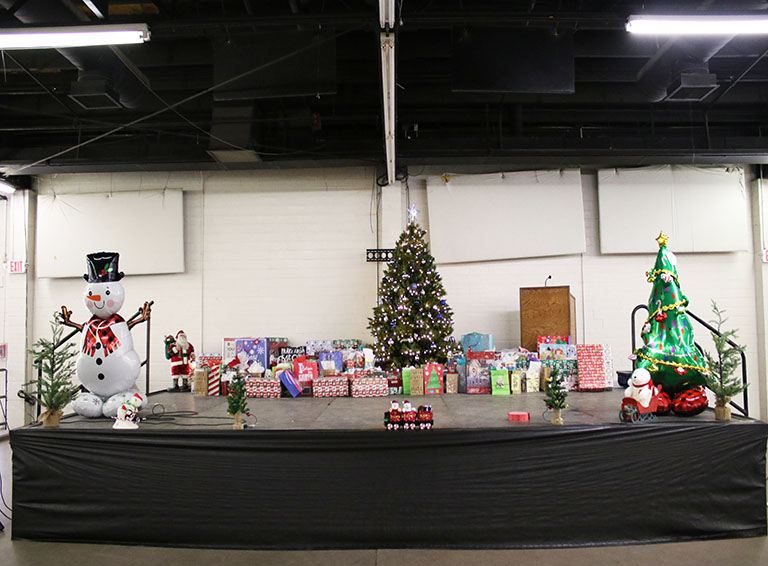 One other change—it was held at the First Financial Pavilion on Christmas Day from 11 a.m.- 3 p. m.

For many GFAB members who recently joined the military and are still adapting to a new way of life, this was their first time away from home for the Christmas holiday. 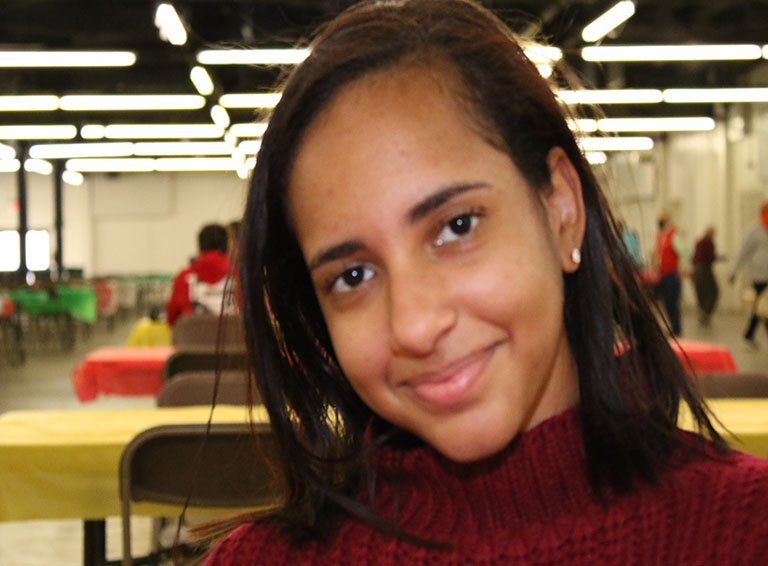 One of those who recently joined the Air Force was Antarna Bucknor, Airman 1st Class. This first year away from home felt “weird” for her. Normally for the holidays, Antarna and family have about 30 other members come over for Christmas to her parents' home which is in Jamaica. 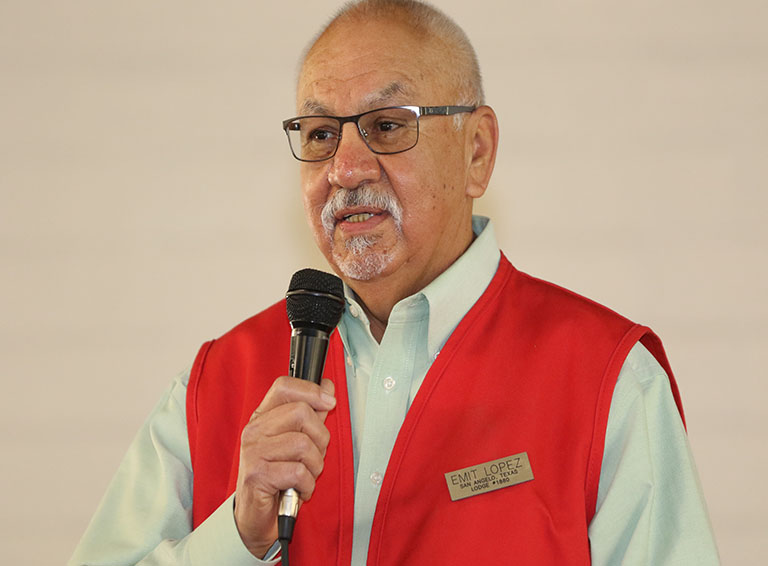 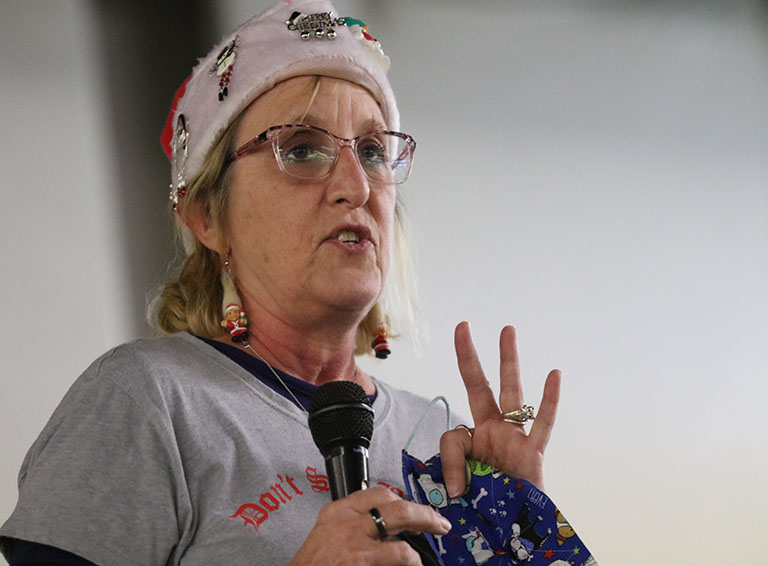 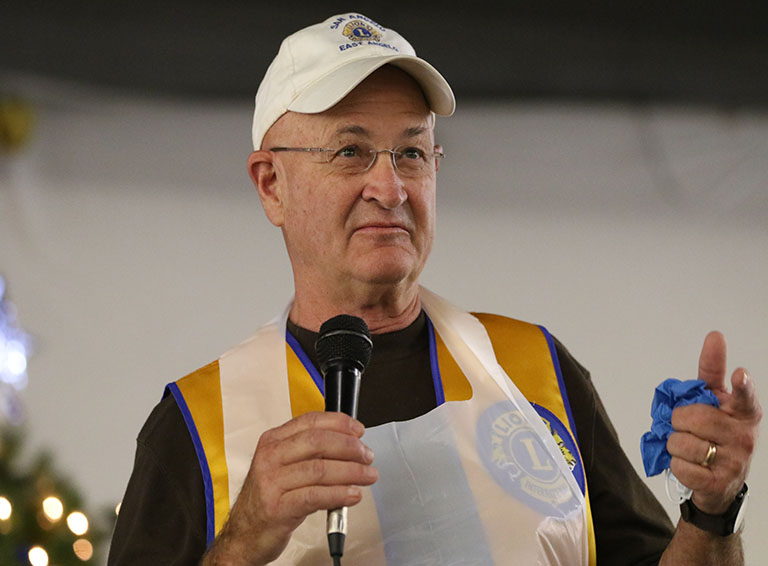 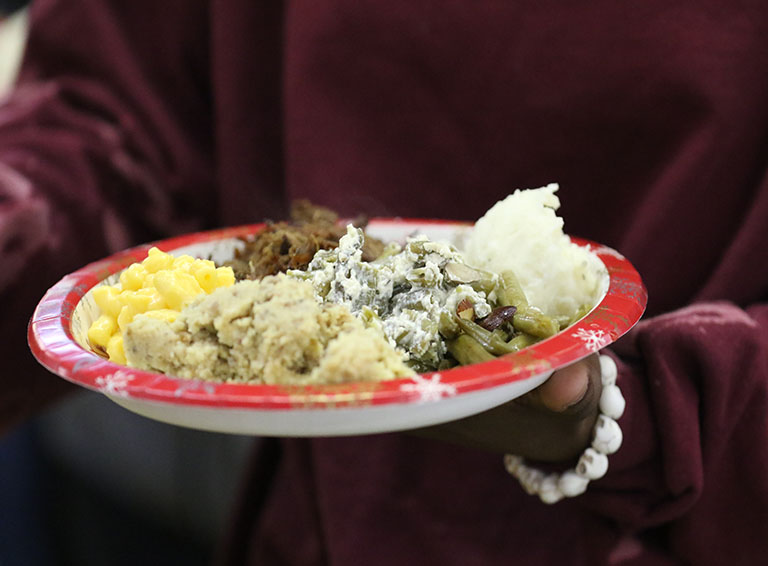 The holiday meal had all the trimmings which included: carved turkey, brisket, dressing, gravy, mashed potatoes, cranberry sauce, dessert, and drinks. Farquhar thanked GFAB members for their service and told them to eat up as much as they wanted because there was more than enough Christmas food to partake of. 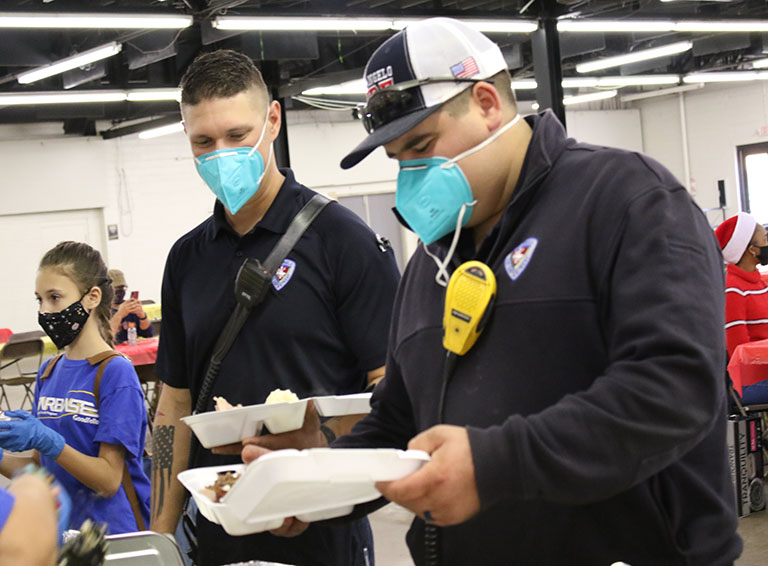 Other First Responders who were served--San Angelo Police Department, and EMT personnel. 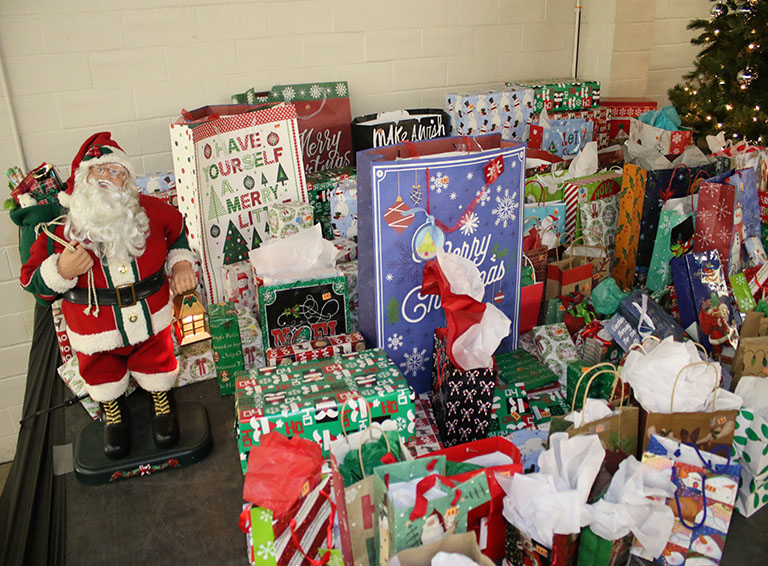 Although there was no official sighting of ole Saint Nick, that is Santa Claus "in the house" there were a plethora of Christmas gifts that were gifted to GFAB members. 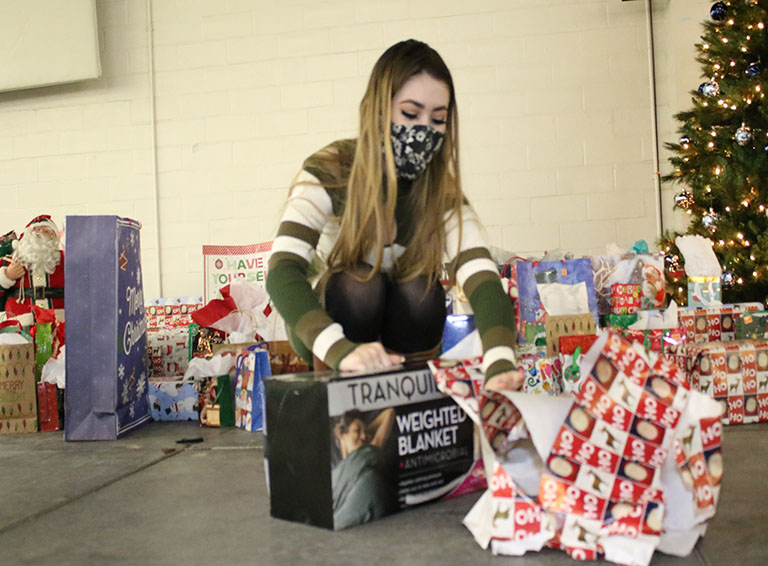 This Goodfellow Air Force Base members' raffle ticket won her a weighted blanket. 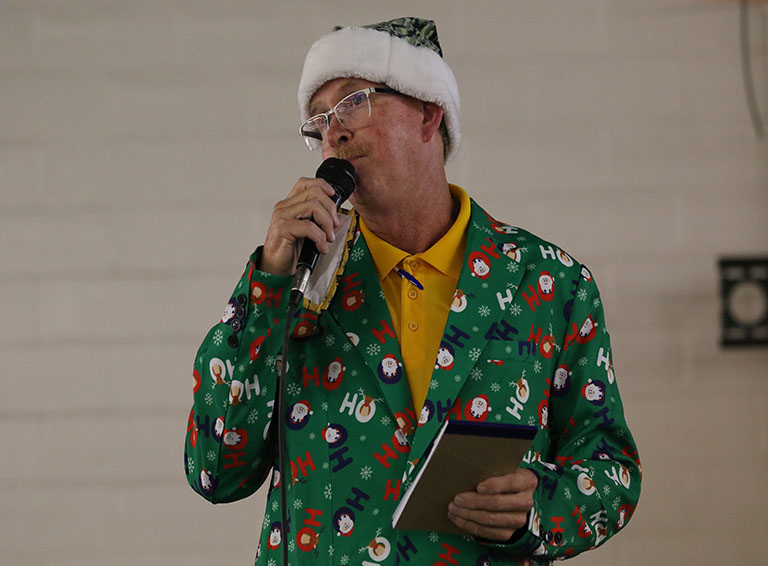 Mr. Allen Latham served as the master of ceremonies. 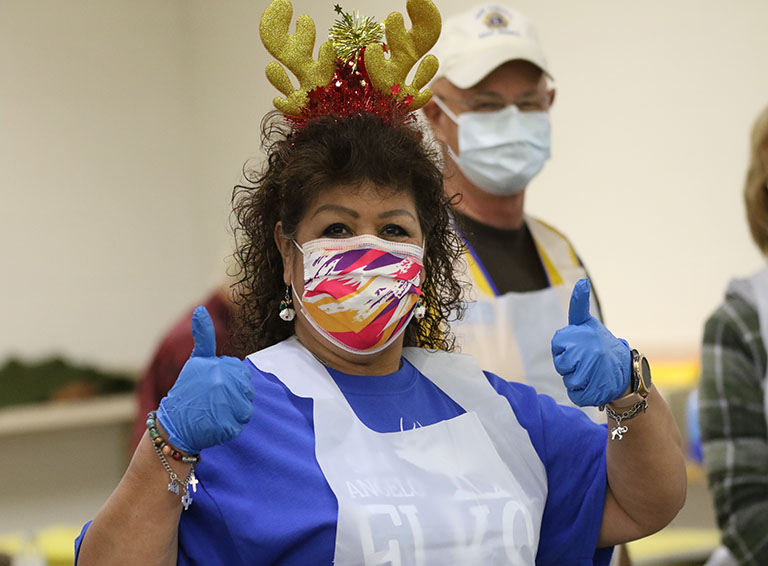 Bea Ramsey, an Elks Lodge member was among the volunteers who helped out in serving a Christmas meal to Goodfellow Air Force Base members. 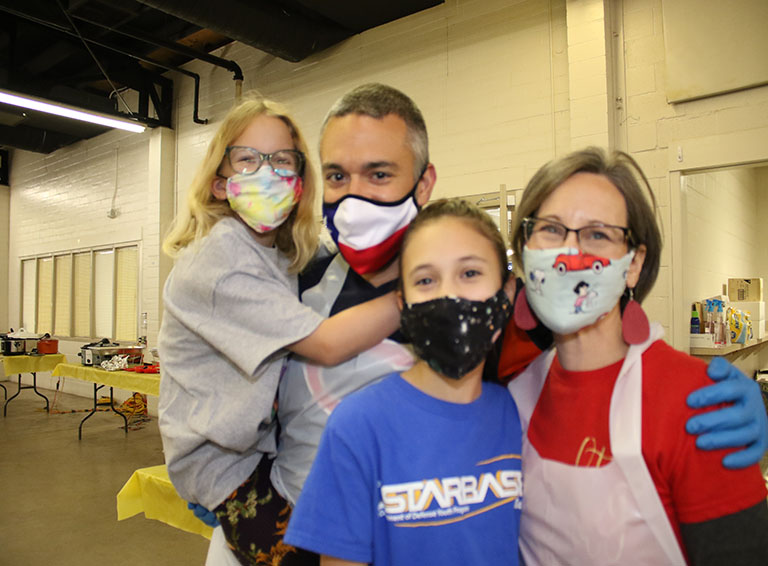