ASU alum to be awarded medal of honor 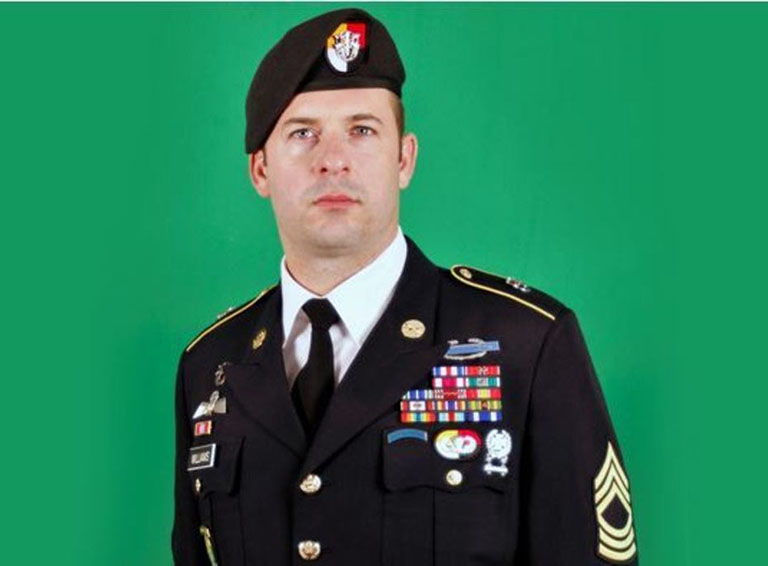 U.S. Army Master Sgt. Matthew Williams, a graduate of Angelo State University, will be awarded the Medal of Honor by President Donald Trump on Oct. 30, according to a White House news release.

The Medal of Honor is the highest U.S. military decoration and is awarded for gallantry and bravery in combat at the risk of life above and beyond the call of duty. Williams is being honored for his actions that saved the lives of four wounded soldiers and kept others from being overrun during a mission in the mountains of eastern Afghanistan that would later be called the “Battle of Shok Valley.” The mission was in support of Operation Enduring Freedom.

The White House news release states:
“On April 6, 2008, while serving as a member of a Special Forces Operational Detachment Alpha 3336, Special Operations Task Force-33, assault element, then-Sergeant Williams exposed himself to insurgent fire multiple times while rescuing other members of the assault element and evacuating numerous casualties.  In the face of rocket-propelled grenade, sniper, and machine gun fire, Sergeant Williams led an Afghan Commando element across a fast-moving, ice-cold, and waist-deep river to fight its way up a terraced mountain to the besieged lead element of the assault force.

Sergeant Williams then set up a base of fire that the enemy was not able to overcome. When his Team Sergeant was wounded by sniper fire, Sergeant Williams exposed himself to enemy fire to come to his aid and to move him down the sheer mountainside to the casualty collection point.  Sergeant Williams then braved small arms fire and climbed back up the cliff to evacuate other injured soldiers and repair the team’s satellite radio.  He again exposed himself to enemy fire as he helped move several casualties down the near vertical mountainside and as he carried and loaded casualties on to evacuation helicopters.

Sergeant Williams’s actions helped save the lives of four critically wounded Soldiers and prevented the lead element of the assault force from being overrun by the enemy.”

A more detailed account of the mission, including a video account by Williams, is available at www.army.mil/medalofhonor/williams/?from=hp_spotlight.

According to a story posted by Military.com, Williams will be just the 14th Medal of Honor recipient from the war in Afghanistan and the 10th from the U.S. Army. He would also be one of the only recipients still on active duty, as he is currently assigned to Fort Bragg, N.C.

A native of Boerne, Williams earned his bachelor’s degree in criminal justice from Angelo State. He and his wife, Kate, have a son, Nolan.